We’re gearing up to celebrate another Fall Luncheon in New York!  Our annual event gathers readers and book lovers together to shine a spotlight on the school-readiness crisis and helps to raise funds to support the work done by Jumpstart to close the educational achievement gap.

The Luncheon’s Writers Panel features a small group of authors across multiple genres who engage in a lively discussion about their literary experiences, books, and early education. The panel is always the highlight of the event and continues to bring back our wonderful guests year after year!

I cannot attend, but would like to support Jumpstart. 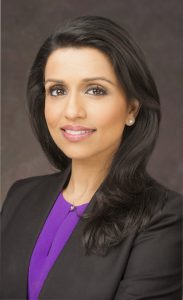 REENA NINAN | CBS correspondent and former anchor for ABC and Fox News. An experienced journalist, Reena’s career has taken her from Washington to the Middle East and back, including traveling with President Barack Obama and former Secretary of State Hillary Clinton. She began as a live-shot producer for The Washington Post and earned a bachelor’s degree in political communication with a minor in women’s studies from The George Washington University School of Media and Public Affairs.
Photo credit: John Paul Filo©2016 CBS Broadcasting Inc. All Rights Reserved. 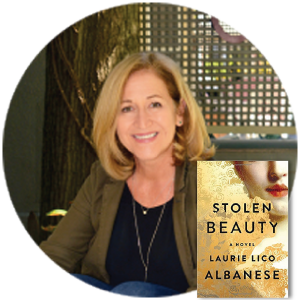 LAURIE LICO ALBANESE | Author of Stolen Beauty. Laurie has published fiction, poetry, journalism, travel writing, creative nonfiction, and memoir. Her books include Blue Suburbia: Almost a Memoir, Lynelle by the Sea, and The Miracles of Prato, co-written with art historian, Laura Morowitz. Laurie is married to a publishing executive and is the mother of two children. To learn more visit her website, LaurieLicoAlbanese.com. 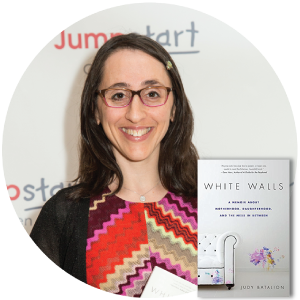 JUDY BATALION | Author of White Walls: A Memoir About Motherhood, Daughterhood, and the Mess in Between. Judy is a Canadian writer based in New York City and was a columnist for the New York Times Motherlode blog. Her essays about parenting, relationships, mental health, hoarding and humor have appeared in the New York Times, Vogue, the Washington Post, Salon, Cosmo, GOOD, Harpers BAZAAR, Redbook and many other publications. Judy holds a BA from Harvard in the History of Science and a PhD from the University of London in the History of Art. Prior to writing, she worked as a museum curator by day and a comedian by night, performing across the UK. 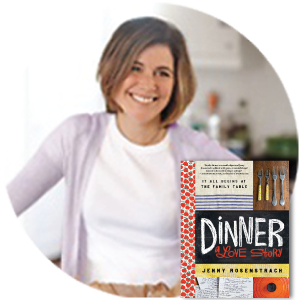 JENNY ROSENSTRACH | Author of New York Times bestseller Dinner: A Love Story. Jenny is also the creator of Dinner: A Love Story, the award-winning website devoted to family dinners, and Dinner: The Playbook, and How to Celebrate Everything. She was the features director at Cookie magazine for four years and of Real Simple for six years. Her essays and articles have appeared in numerous national publications and anthologies including The New York Times Book Review, Real Simple, Martha Stewart Living, Whole Living, and the op-ed page of The New York Times. She has appeared on NPR’s Weekend Edition, NBC’s Today, and Food Network’s The Kitchen. She and her husband, Andy Ward, write “The Providers” column for Bon Appétit. They live with their two daughters in Westchester County, NY. 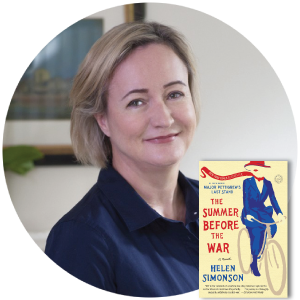 HELEN SIMONSON| Author of bestseller The Summer Before the War. Simonson was born in England and spent her teenage years in a small village near Rye, East Sussex. Her debut novel, Major Pettigrew’s Last Stand, was a New York Times bestseller and was translated and published in twenty-one countries. The Summer Before the War is Simonson’s second bestselling novel. A graduate of the London School of Economics, she has spent the last three decades in the United States and currently lives in Brooklyn. She is married, with two grown sons.

Highlights from the 2016 luncheon can be found here.