Juneteenth: A Celebration of Freedom

Not Just Juneteenth, Other Freedom Celebrations: 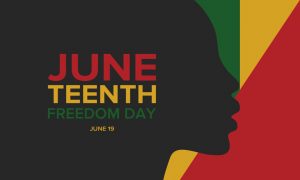 Juneteenth is one of many freedom celebrations marking the end of slavery in the United States. President Lincoln signed the Compensated Emancipation Act on April 16, 1862, ending slavery. President Lincoln would go on to sign two subsequent proclamations to end slavery by executive orders: The Emancipation Proclamation of 1862 and 1863. Issued on January 1, 1863, the Emancipation Proclamation proclaimed the freedom of slaves in the ten Confederate states still in rebellion. It also decreed that freed slaves could be enlisted in the Union Army, which increased the Union’s manpower. Considering the proclamations only freed enslaved African Americans in the Confederate States, the executive order had to be enforced on the end of a Union soldiers’ bayonets. As Union troops moved from state to state, so did the date African Americans celebrated emancipation. For example, April 16th is still observed as Emancipation Day in the nation’s capital. African Americans in Mississippi celebrate emancipation on May 8th. While in parts of Alabama and Georgia, May 28th is set aside for freedom celebrations (7). In Kentucky, August 8th is observed instead of January 1st because it was too cold to celebrate emancipation in the winter (7). In Florida, Emancipation Day was declared eleven days after the Civil War ended on May 20th (2).

This enforcement by Union soldiers is also why news of the proclamation did not reach Texas until years following its issuance. It was on June 19, 1865, when General Granger, along with nine regiments of United States Colored Troops, marched into Galveston, Texas and read General Order No. 3, which notified everyone the ending of slavery. This day marks what we know as “Juneteenth.”

There are many legends and theories surrounding why African Americans in Texas were the last to receive the news of freedom. Some theories include slave masters withholding the news themselves and another suggest they killed the messenger bringing the news of emancipation in order to make another crop. One legend involves an African American who was a Union soldier riding a mule, given to him by President Lincoln, from Washington D.C. to Oklahoma and finally to Alabama and Texas delivering the news of emancipation (7). Although there are different theories and legends on why African Americans in Texas were the last to know, Juneteenth has become the one freedom celebration to be recognized and celebrated nationwide.

Whether emancipation is celebrated in January, April, May, June, or any other month, the meaning and rituals are the same. Freedom celebrations are about highlighting the freedom obtained with an eye towards the freedoms to be gained still. One symbol that can be found at freedom celebrations are the flags that are raised. One of which is the Pan-African Liberation flag with its symbols of blood, Africa, and Black people (7). Rituals include Watch Night church services on December 31st to highlight the effective date of the Emancipation Proclamation on January 1st. Other rituals include parades, sporting events and festivals, in which pre-emancipation celebrations were held by enslaved African Americans. Parades would go on to influence freedom celebration parades like the Elks Parade, the Orange Blossom Classic parade and HBCU homecoming parades. For sporting events, the founder and first commissioner of the National Negro League, Rube Foster, was originally known for his outstanding performance in his native east Texas Juneteenth baseball games. It was also at Juneteenth baseball games where he recruited players for the Negro Leagues.

It is common for African Americans to return to their home town or state to attend Juneteenth and other freedom celebrations. This annual pilgrimage back to the South for freedom celebrations inspired the creation of church homecomings, HBCU homecomings, and family reunions (1). A significant part of these celebrations is the food, where prime cut meats and seafood signifies the status change of emancipation. Prior to emancipation, enslaved African Americans were given the most undesired parts of animals, like hog’s heads, feet, tail, and entrails to eat. This symbol for status change is also where the phrase, “eating higher on the hog” originates (7).

The Rise of Juneteenth:

Juneteenth did not have such widespread fame less than fifty-three years ago. In some parts of the United States like the Southwest and West, mainly Texas and California, Juneteenth has always been celebrated. It was not until the end of the Poor People’s Campaign 41- day long protest on June 19, 1968, a day the organizers called Solidarity Day, that Juneteenth became known nationwide. Then, in 1980, Juneteenth became a state holiday in Texas. In the decades since, every state but South Dakota came to officially commemorate Juneteenth. However, only Texas, New York, Virginia and Washington observe it as a paid holiday.

https://www.theroot.com/an-exclusive-interview-with-an-organizer-of-the-origina-1844085571
“On Juneteenth” by Annette Gordon-Reed