Celebrating Maybe Something Beautiful Across the Globe

On October 25, Jumpstart’s 13th Read for the Record saw celebrations across the nation and in 59 countries! Maybe Something Beautiful inspired amazing conversations, brought local officials and celebrity guest readers out to events, and connected communities as teachers, students, families, and volunteers read together.

Jumpstart members read the book in classrooms across the country, sharing the magic of the story with their partner children. 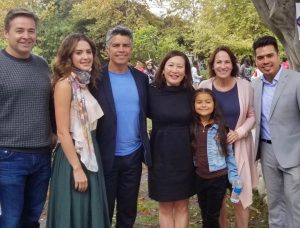 In San Francisco, Maybe Something Beautiful author Isabel Campoy led a live reading in both English and Spanish at our annual San Francisco Public Library event. Rafael López, the book’s illustrator, and the subject of inspiration for the true story behind Maybe Something Beautiful, joined the Austin Public Library Pleasant Hills branch for their weekly bilingual story time as a guest reader and later in the evening read at the Manchaca Road library for a pajama story time! 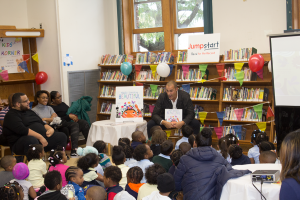 Jumpstart National Board member Nigel Barker read to local preschoolers in Brooklyn, each of whom got to take home their own copy of the book after creating murals and birds from the story with Jumpstart staff and volunteers.

And on the West Coast, Board Co-Chair Chris Stadler joined Literacy Champion Esai Morales and Social Media Ambassador Ivana de Maria at Jumpstart’s Irvine, CA event at the Heritage Museum of Orange County. Morales and de Maria read the book in English and in Spanish, and they kicked off an impromptu dance party with the children. 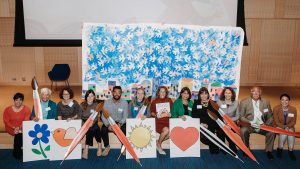 In Boston, the First Lady of Massachusetts, Lauren Baker, joined us as a guest reader for the second consecutive year at our annual Boston Public Library celebration, and was joined by other notable guests including CEO of Massachusetts Service Alliance Emily Haber, and volunteers from local corporate partners MFS Investment Management, The TJX Companies, Inc., and Simmons University. Our special guests helped us perform a live reenactment of the story of Maybe Something Beautiful, complete with props and costumes. Also at this event, Jumpstart President and CEO Naila Bolus awarded Senator Patricia Jehlen and Representative James O’Day with the Jumpstart 2018 Early Education Champion Award for their commitment to Jumpstart’s work in Massachusetts, particularly in regards to the inclusion of funding for Jumpstart in the 2019 MA budget.

Volunteers from Houghton Mifflin Harcourt, the book’s publisher, joined Jumpstart at an event co-hosted with the Boston Children’s Museum. The museum’s staff read the book in English and Spanish as a part of their weekly bilingual story time, and afterwards, volunteers conducted book-themed activities. When the event wrapped up, each child received a book to take home! 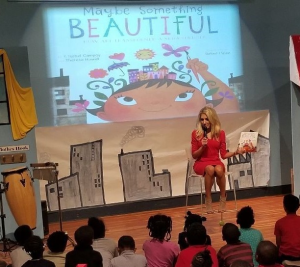 In Atlanta, we hosted an event at the Atlanta Children’s Museum with local CBS46 host Alicia Roberts guest reading, which was featured on the station’s evening news!

But it wasn’t just Jumpstart celebrating Maybe Something Beautiful! Across the country and around the world, in classrooms and schools, individuals from all walks of life promoted the power of early literacy: local fire fighters and police officers read to children in their communities, district court judges dressed as artists to read aloud to students, teachers made up clever songs about reading, young children wrote their own poetry, high school students read with their elementary peers, and many classrooms worked on beautiful murals of their own neighborhoods. Just like in the book, these communities came together to create something beautiful. 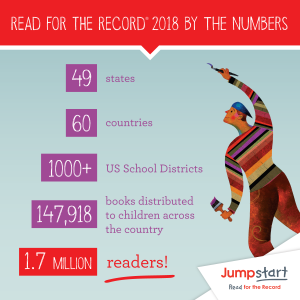 The day was an incredible testament to the connections that can be made through reading and creating together, and we were thrilled to see the abundance of celebrations of Maybe Something Beautiful! Thank you for making this year’s Read for the Record the best day of the year!

More photos from celebrations across the US! 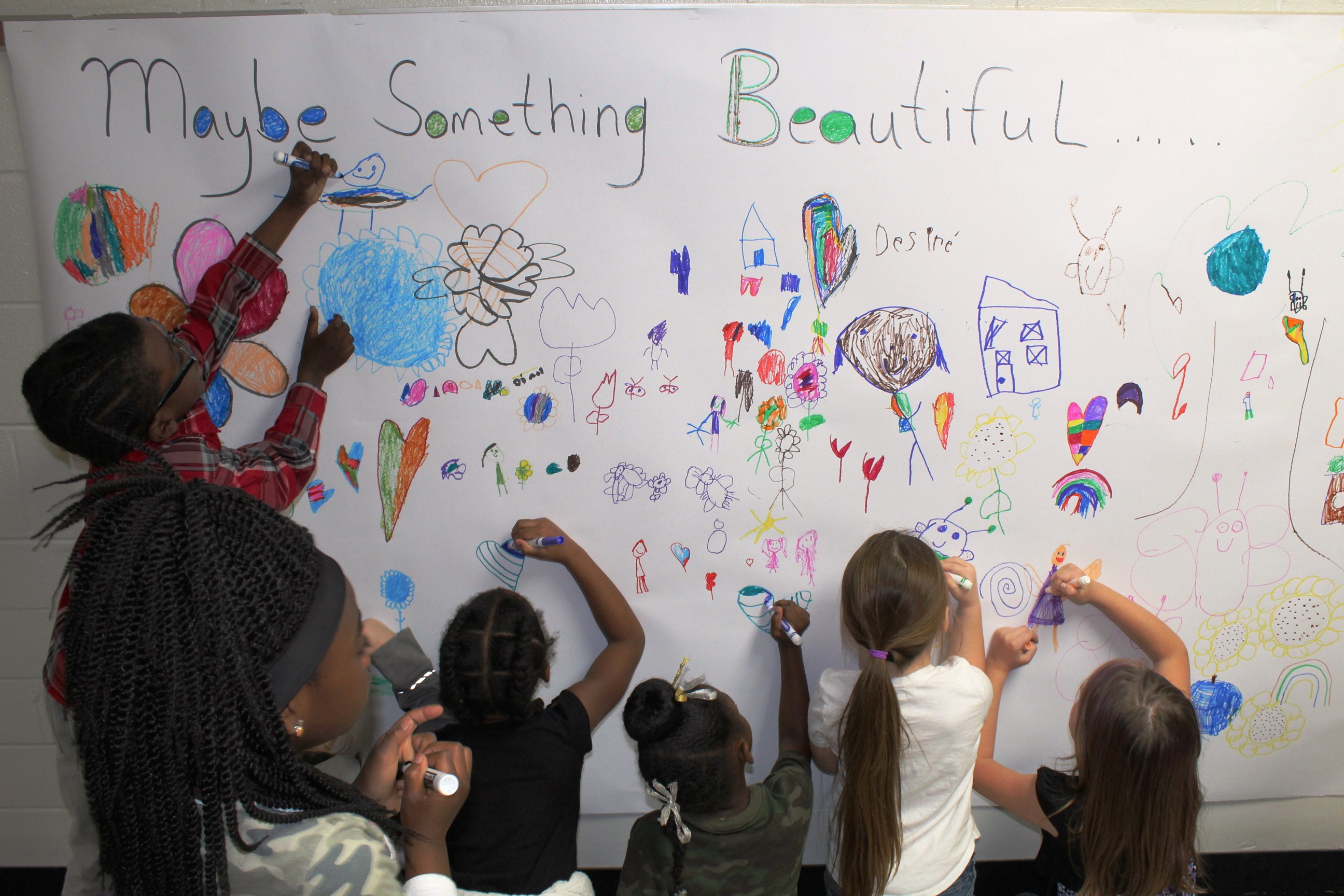 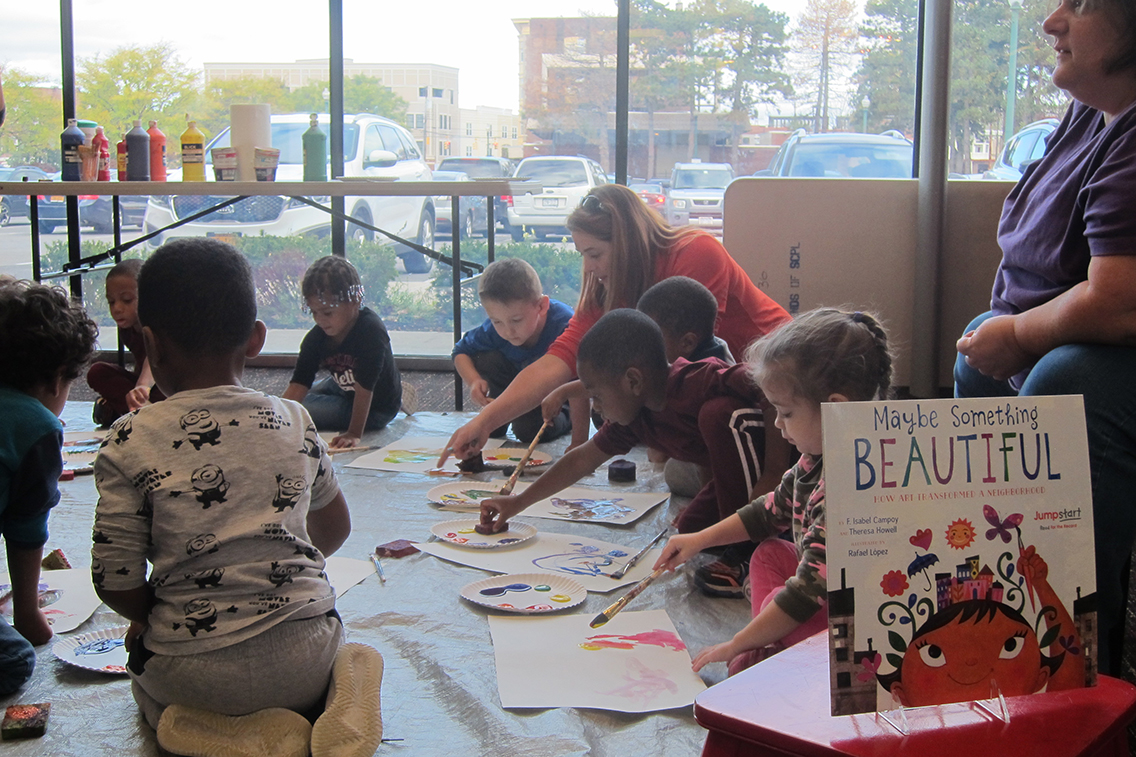 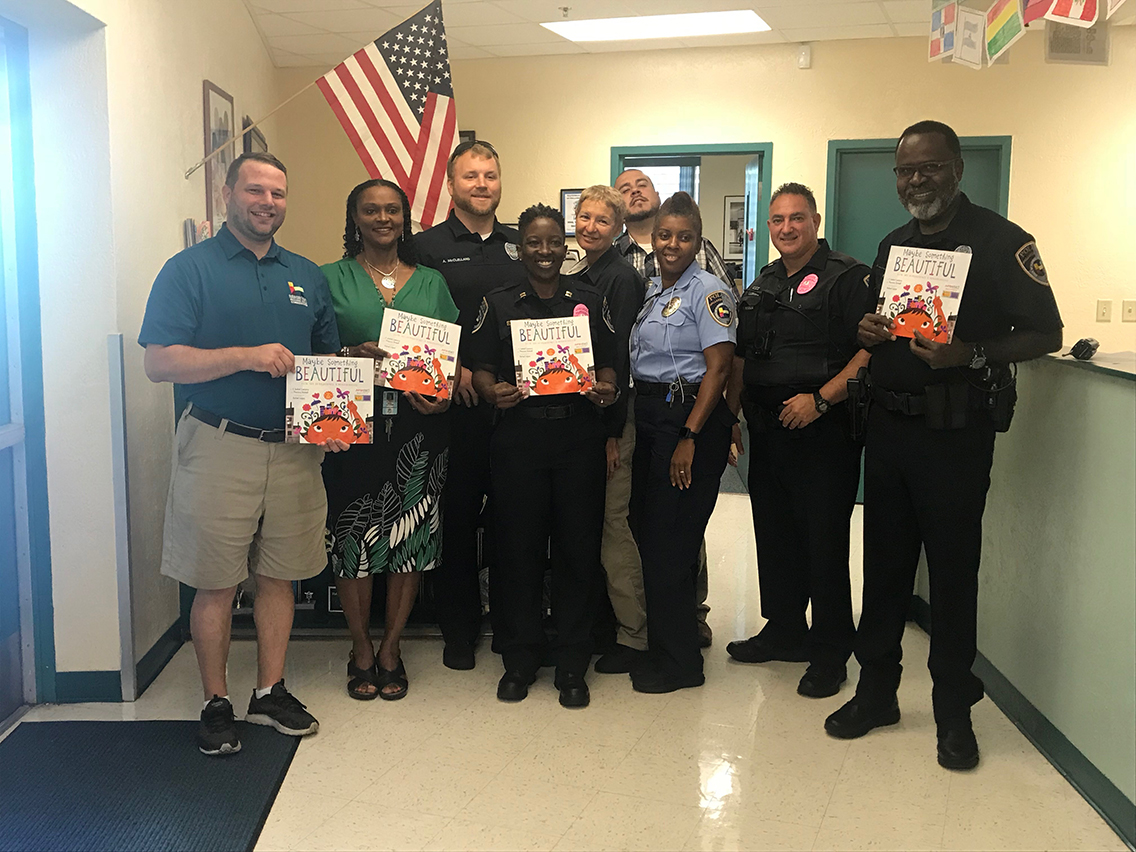 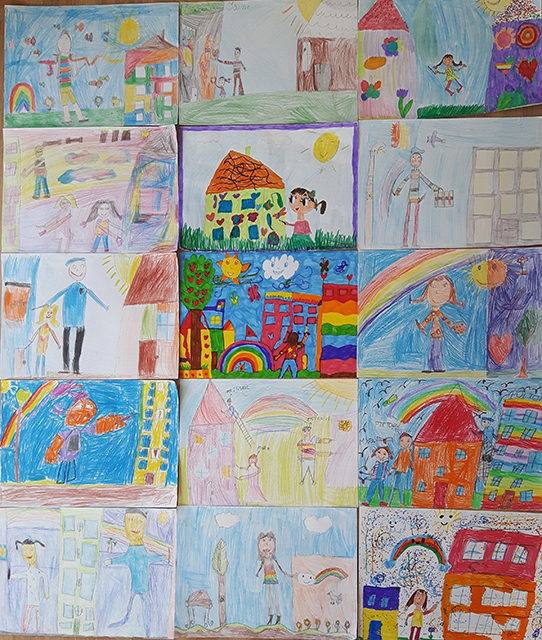 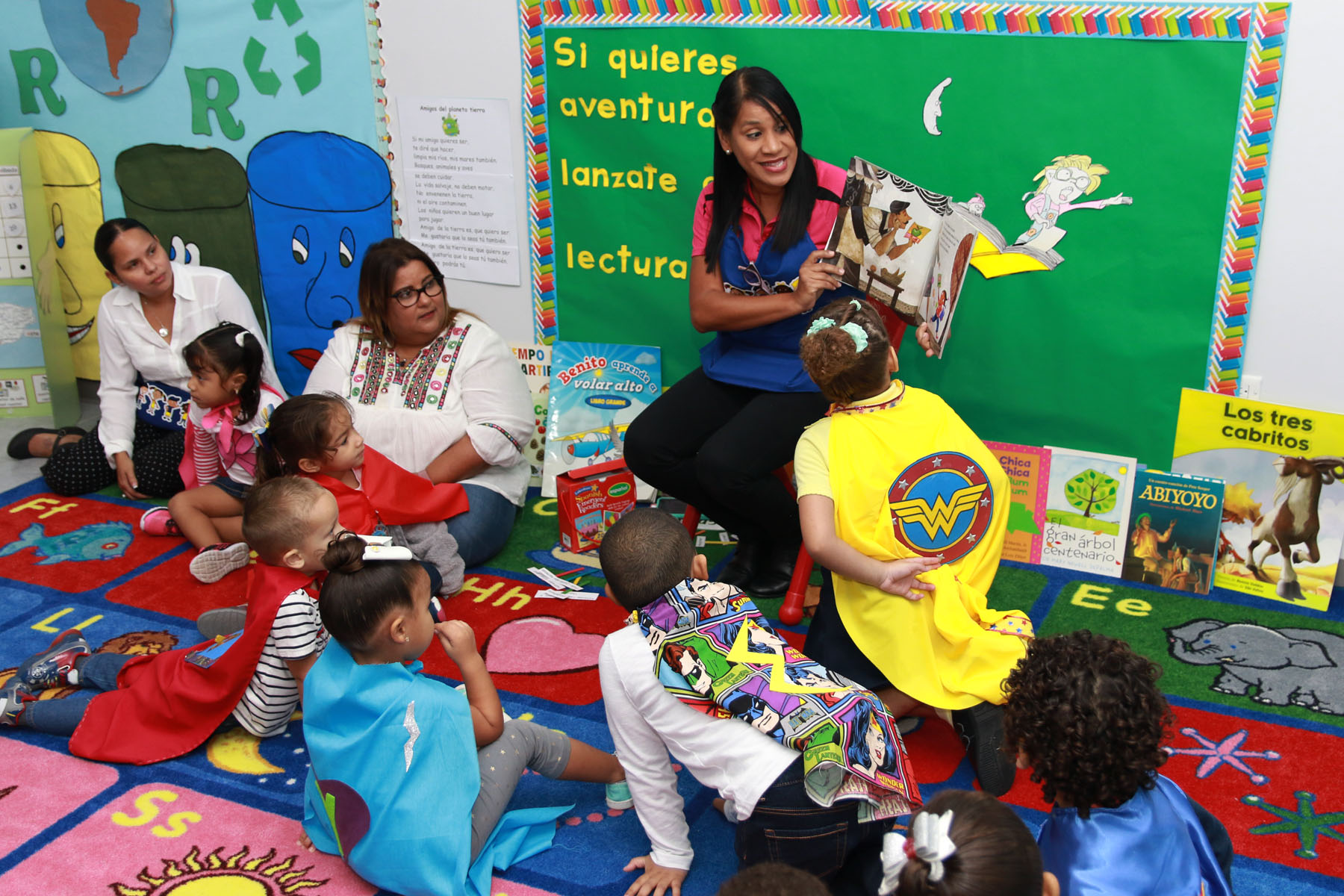 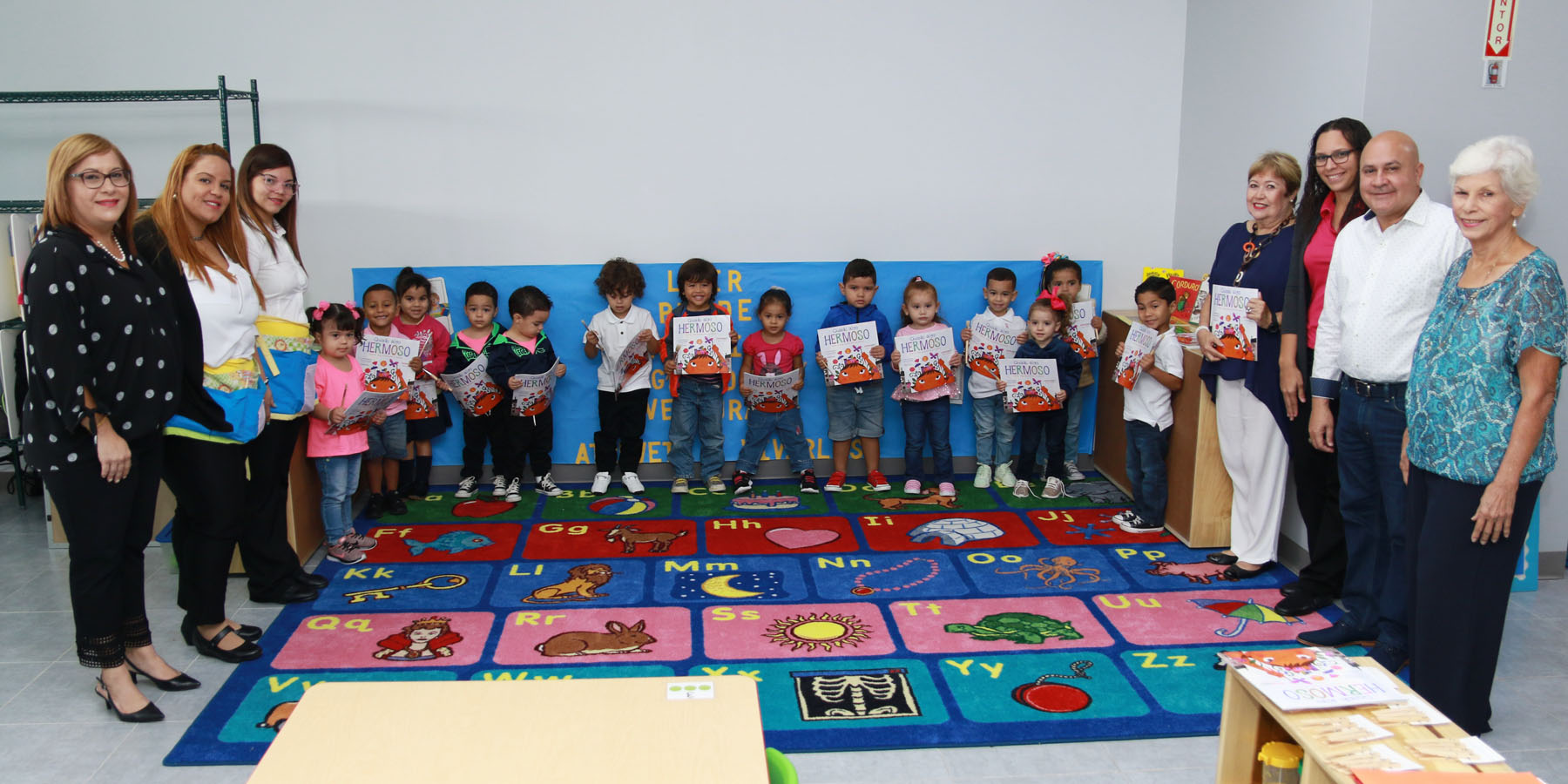 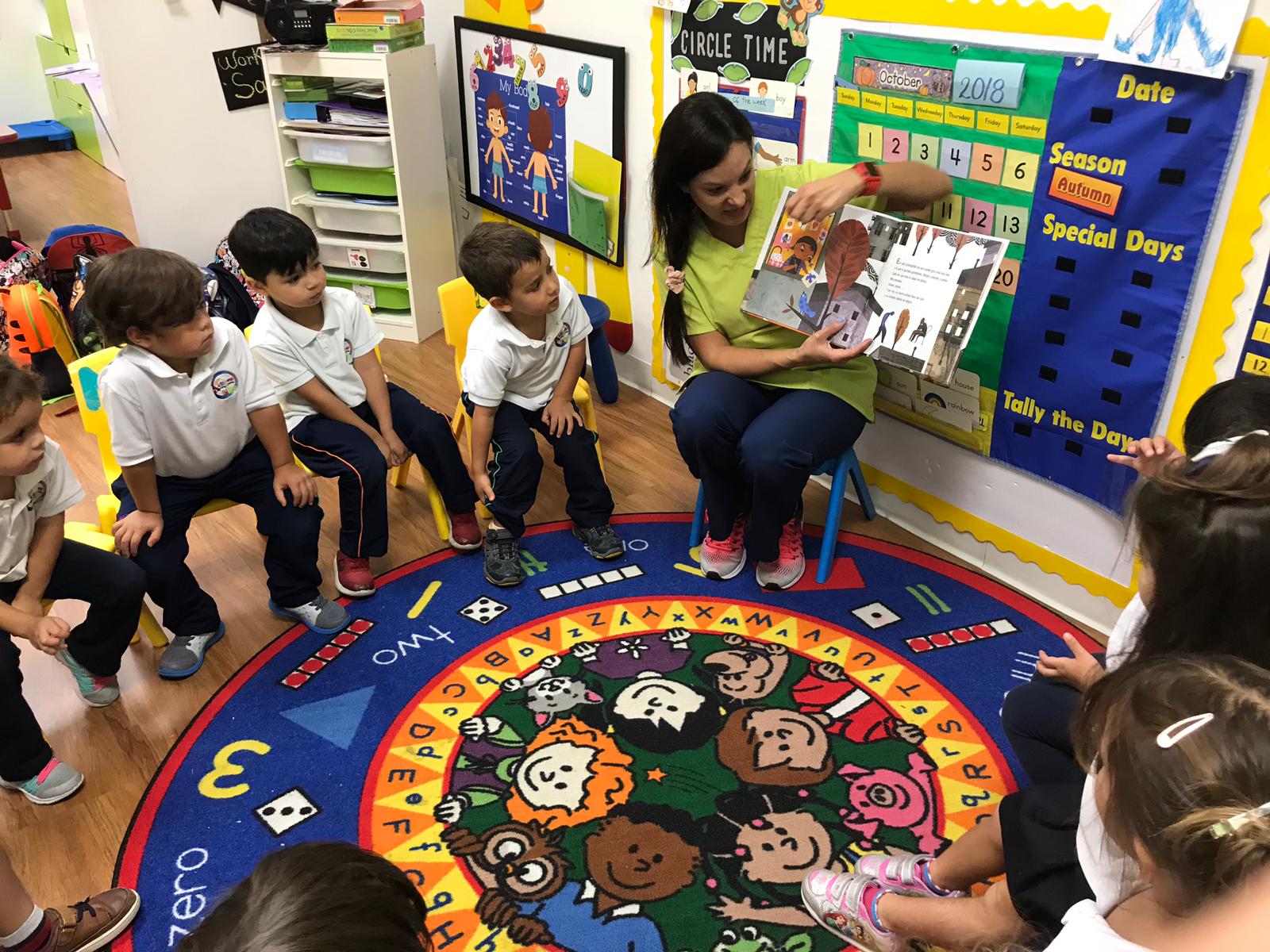 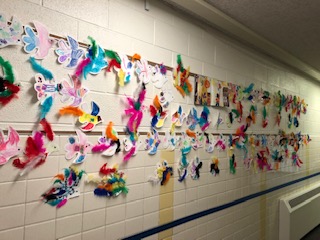 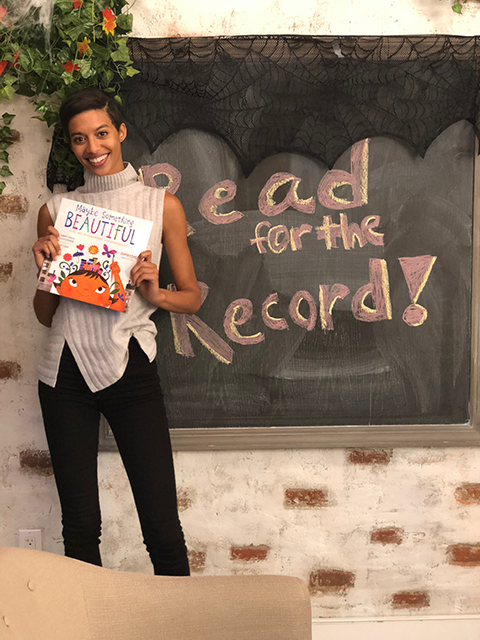 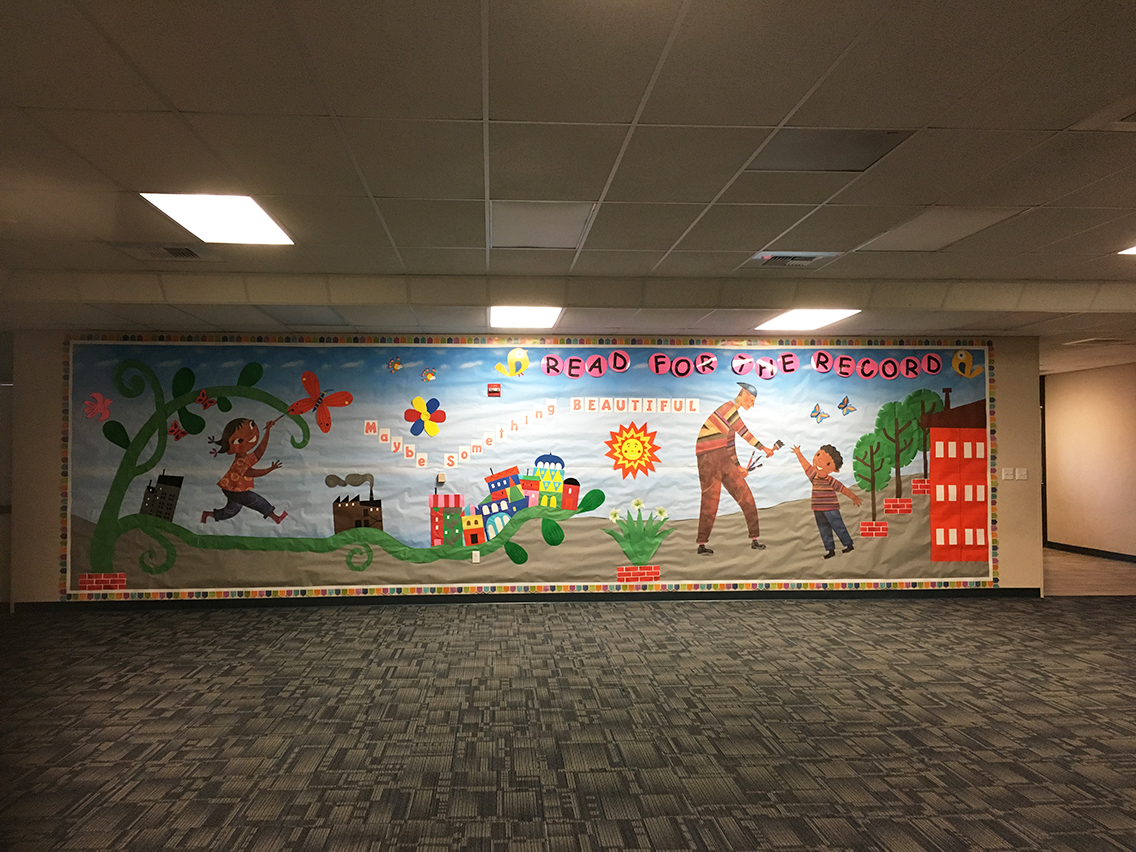 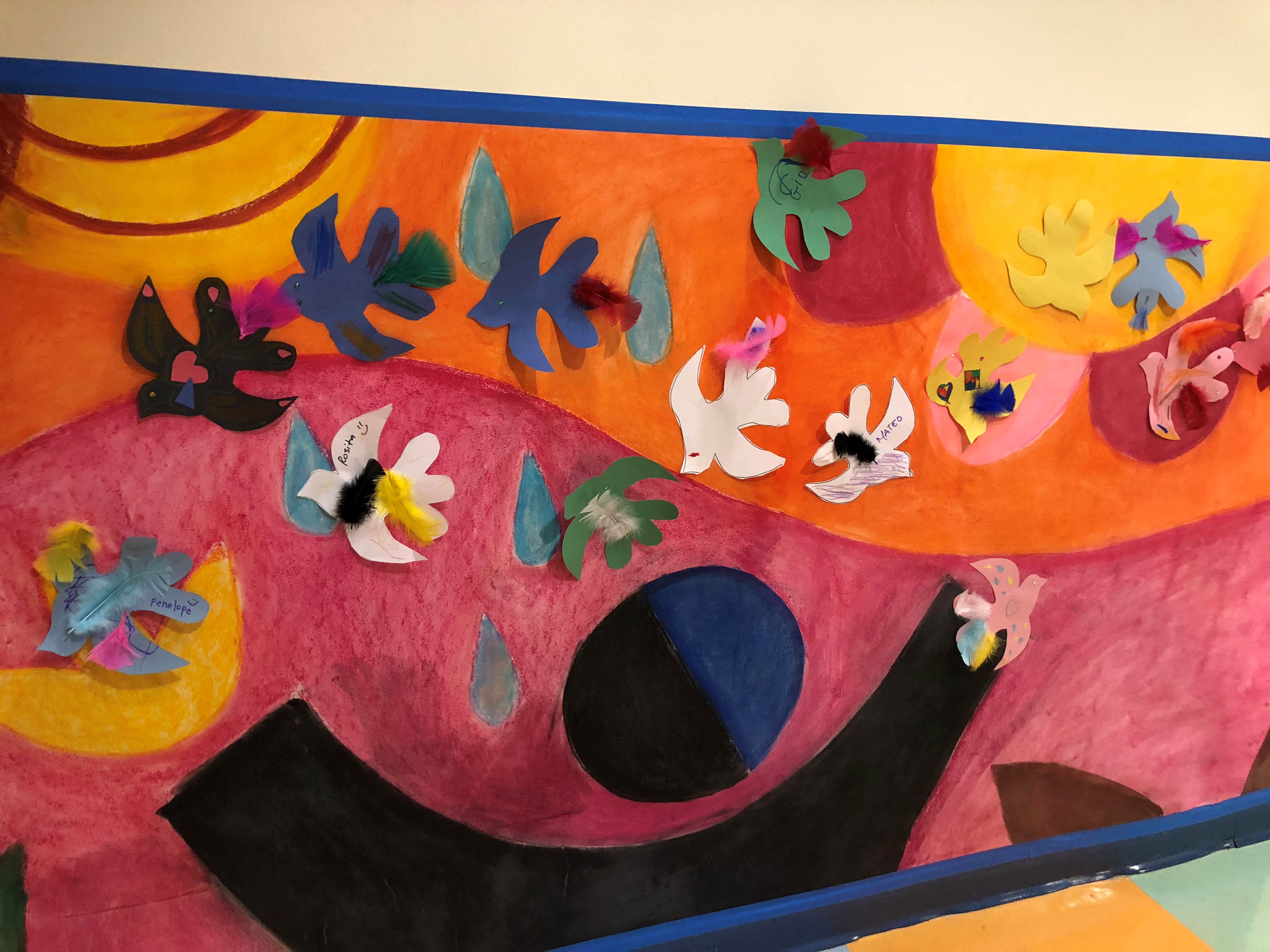 Back to Annual Report
Read Next Story