Partners in Action: Celebrating Five Years of Read for the Record with Broward County 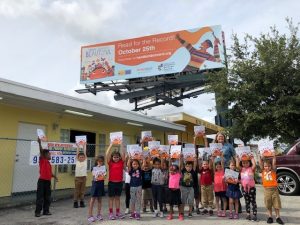 In October 2013, Broward County, Florida, officially launched its “Broward Reads for the Record” partnership with Jumpstart. With this initiative, Broward County Public Schools and the Children’s Services Council of Broward (CSC) incorporated Jumpstart’s Read for the Record into their county-wide Broward Reads literacy programming, a sweeping project that involves more than just the local students and teachers.

Broward Reads is a part of the National Campaign for Grade-Level Reading and was created by CSC in collaboration with the county’s public schools, library system, and local community organizations. From child development services for families and educators to county-wide reading celebrations like Read for the Record, Broward County has made early literacy a top priority for every child in their county. 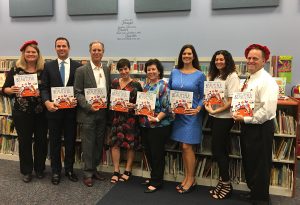 That first year, a monumental 40,000 Read for the Record books (the single largest order that had ever been placed) were distributed in one day across 600 community early childhood centers, 225 schools, and 2,500 classrooms with the goal of providing a book to every four- and five-year-old child in Broward County. More than 800 guest readers, including local celebrities, school board members, sports teams, businesses, news teams, city and county delegates, and organizations, visited preschool and kindergarten classrooms across the county to serve as literacy role models and share their passion for reading. Over the last five years, the festivities have continued to grow and engage the community. Most recently, in 2017, the county held a three-day celebration, where nearly 1,000 volunteers read with children not only in schools, but also in local hospitals, parks, libraries, and businesses. 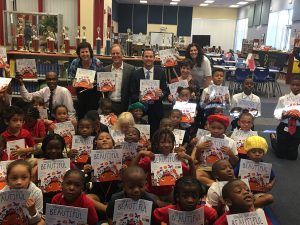 This year on October 25, volunteer readers will fan out across Broward County to read this year’s Read for the Record book selection, Maybe Something Beautiful, with thousands of local children. Drawing on the book’s example, three new murals will be painted in local schools and neighborhoods. And to celebrate the fifth year of this great partnership, Jumpstart’s President & CEO, Naila Bolus, paid an official visit to Broward County the week before Read for the Record day. “It was an honor to read at the Colbert Elementary School with Superintendent Robert Runcie and Mayor Beam Furr to kick off Read for the Record,” said Ms. Bolus. “I’m inspired by how Broward County is leveraging Read for the Record to support its goals for literacy.”

Jumpstart is thrilled to support Broward County’s efforts to engage their local leaders and community members in activities that highlight the importance of early literacy and looks forward to many more years of “reading for the record” with Broward County! 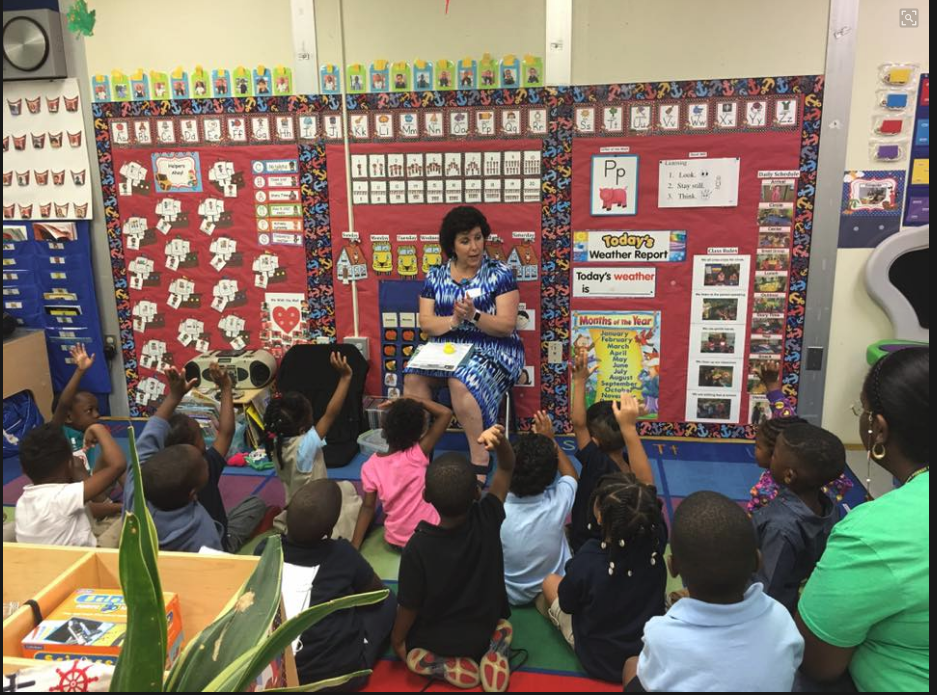 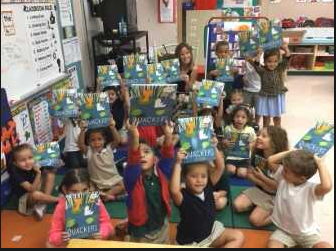 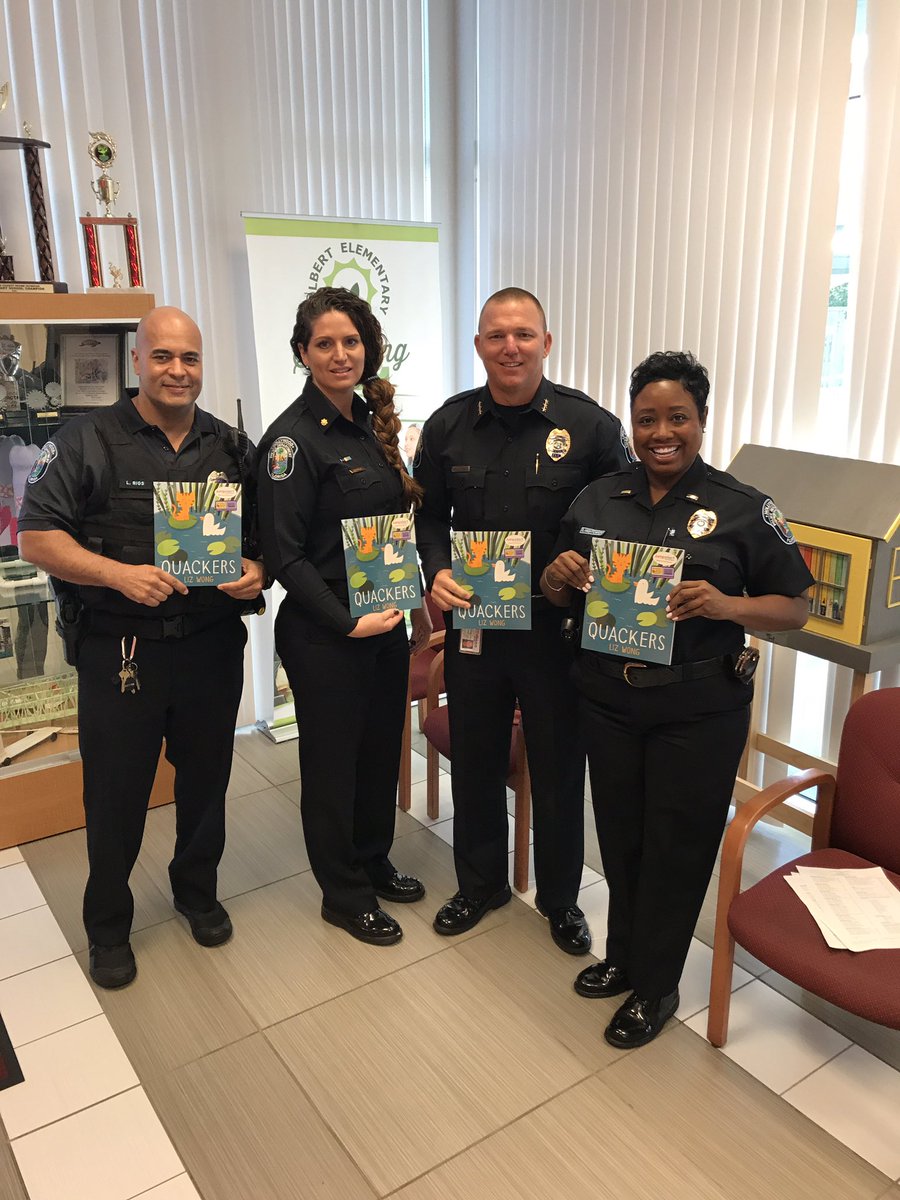 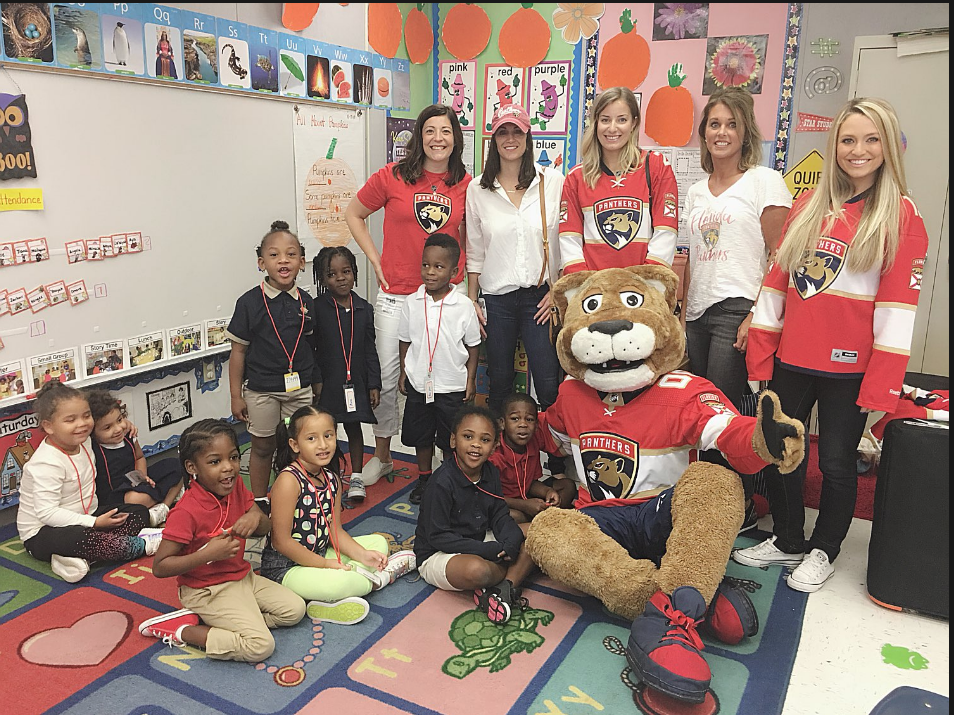