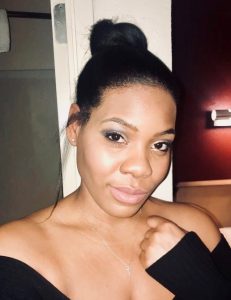 Growing up in Brooklyn, NY, I attended nationally recognized historical celebrations, including Independence Day barbeques, Memorial Day celebrations, and Thanksgiving dinners. Recently at Jumpstart, there was a conversation about how to ensure we are building a more inviting and inclusive culture. During that call, we talked about how Jumpstart can honor and learn about different holidays and celebrations based on culture, religion, or ethnicity that are relevant to our staff and the communities we serve. After the conversation, I was eager to dive right in and explore new celebrations — that was when I learned about Juneteenth. Before this year, I was privy to neither the holiday nor its meaning but, as an African American woman, it seemed like the perfect place to start.

Juneteenth is short for June 19. In 1863, President Abraham Lincoln signed the Emancipation Proclamation abolishing slavery in the United States — but it was not until June 19, 1865, that the emancipation order reached and officially freed the remaining slaves in Texas. In 1980, Texas was the first state to make Juneteenth a holiday; by 2016, 43 states in the country had passed legislation to recognize the significance of Juneteenth as a ceremonial holiday.

In lieu of simply researching the celebration, I decided to attend a Juneteenth event in Brooklyn and see the modern celebration of the holiday. One of my Jumpstart members from York College, Sebastien Faustin, cleared his Saturday schedule to volunteer and experience the festivities alongside me.

“Culture has a way of bringing people from the community together, and that was definitely what I experienced at this Juneteenth event.” 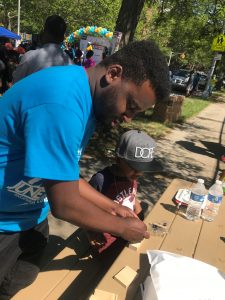 Sebastien and I attended the Umoja Balloon Decor company’s Juneteenth Celebration — Unifying Cultures: “The Brooklyn Melting Pot” — at Gershwin Park in Brooklyn, NY. Sebastien wore his Jumpstart shirt and was immediately recognized by some of the children in the community who receive Jumpstart in their classrooms! “Culture has a way of bringing people from the community together, and that was definitely what I experienced at this Juneteenth event,” Sebastien shared.

Typically, red foods are prepared for Juneteenth celebrations in honor of the blood shed during the war for freedom. There were cups of sweet and cold diced watermelon, hot and spicy sausage links, and strawberry shortcakes. Dancers from local dance companies graced the stage, performing traditional African dances followed by a compilation of dances throughout the centuries. There were musical performances, some vocal and some instrumental. There were woodshop workshops, braiding lesson stations, a seamstress offering a free sewing class, and the vital summer celebration bounce house. 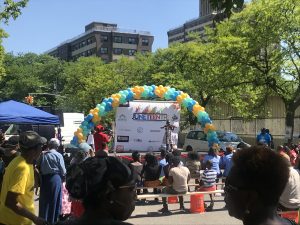 The event brought knowledge to the community about emancipation and what this history means to our current status in the United States as a minority group. Today, African American children don’t always learn the history of their ancestors for a plethora of reasons; one prime example is that living ancestors choose not to share these stories because the trauma of segregation is still fresh in their minds. The children in attendance were shocked to learn these details about America’s past and the sacrifices their ancestors made long ago and even now to enable their children to live better lives today. Even the US educational system tends not to fully examine the magnitude and causes of the war which has diminished the meaning of the holiday; celebrations like Juneteenth are crucial for raising awareness across the country. The goal is for Juneteenth celebrations to grow every year and become a national holiday.

The children in attendance at the Umoja Juneteenth Celebration were encouraged to strive for excellence and constantly push themselves forward in their academics and eventually their careers. Jumpstart has a vital role to play, working to close the opportunity gap for African American children and others through high-quality literacy support and mentorship at a critical time in a child’s life, at the pinnacle of their brain development and education — their preschool years.

Learn more about the Juneteenth holiday from these resources below: