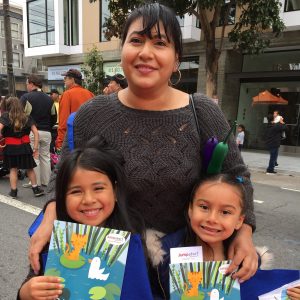 This year, Jumpstart staff attended a Cinco de Mayo celebration held by one of our preschool partners, the Mission Neighborhood Center (MNC) — a community organization that serves over 3,000 low-income seniors, youth, and families with young children. To help build awareness of early literacy, Jumpstart handed out 500 copies of Cuacua — the Spanish-language version of the 2017 Read for the Record® campaign book, Quackers — and 200 activity kits to local families.

“Mission Neighborhood Center is one of local Jumpstart Corps members’ favorite sites to serve at because it is so immersed in the culture of the neighborhood. We were excited to be included in MNC’s Cinco de Mayo celebration because it was a display of this rich culture, and gave Jumpstart an opportunity to share our bilingual materials with hundreds of families.” 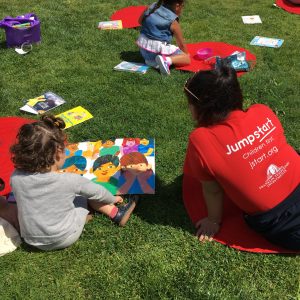 Last month, Jumpstart also celebrated Día de los Niños — a celebration of children, families, and reading that culminates yearly on April 30 — in partnership with the San Francisco Public Library. Jumpstart volunteers welcomed hundreds of families and passed out over 1,500 brand-new free books in English, Spanish, and Cantonese. Throughout the day, Jumpstart hosted a reading garden and an art activity where children drew their favorite foods.

Jumpstart loves being a part of the Bay Area community and can’t wait for our next local literacy event! 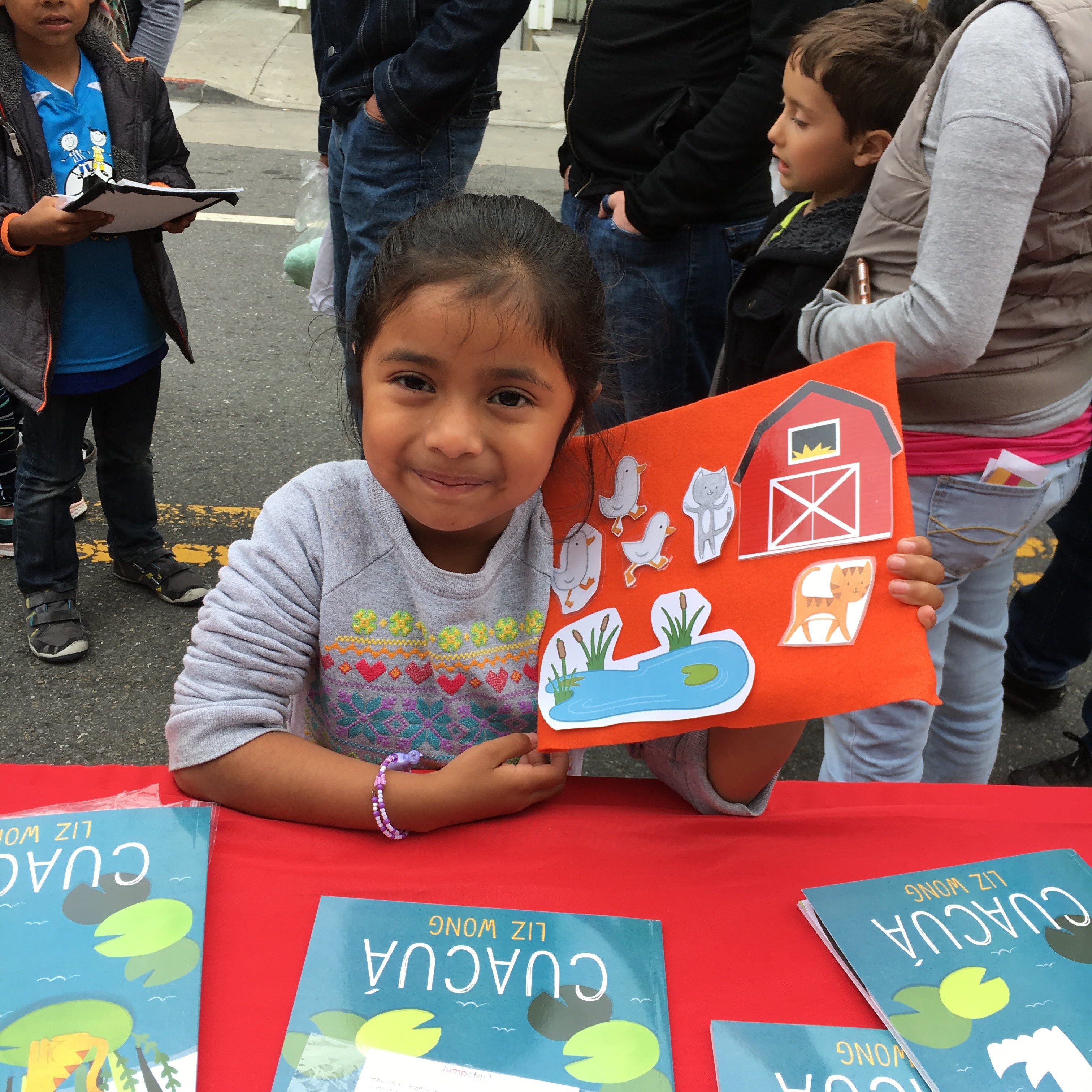 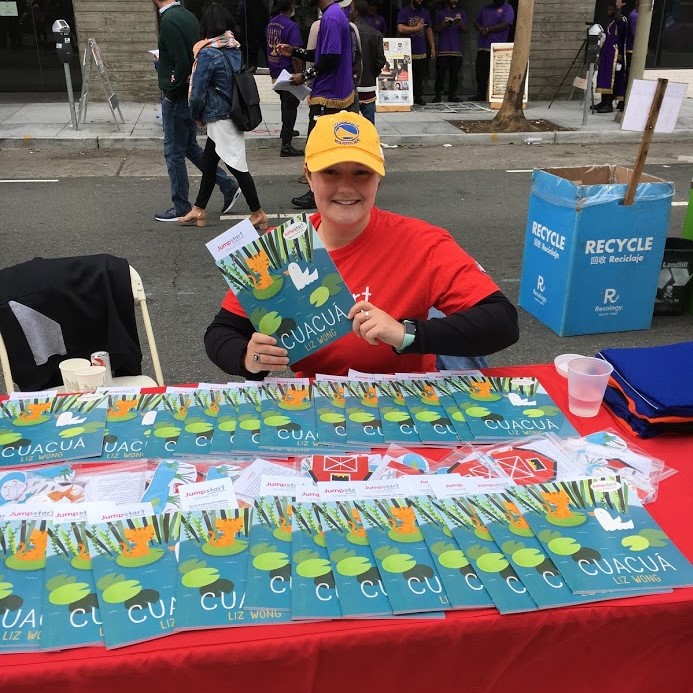 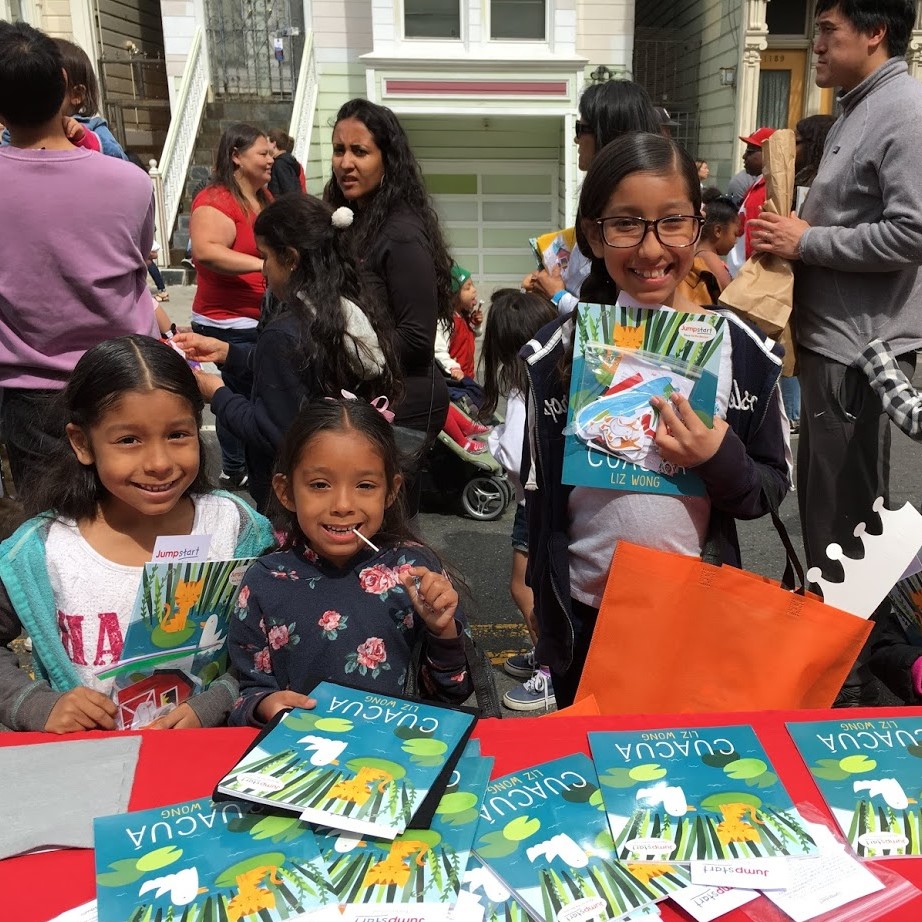 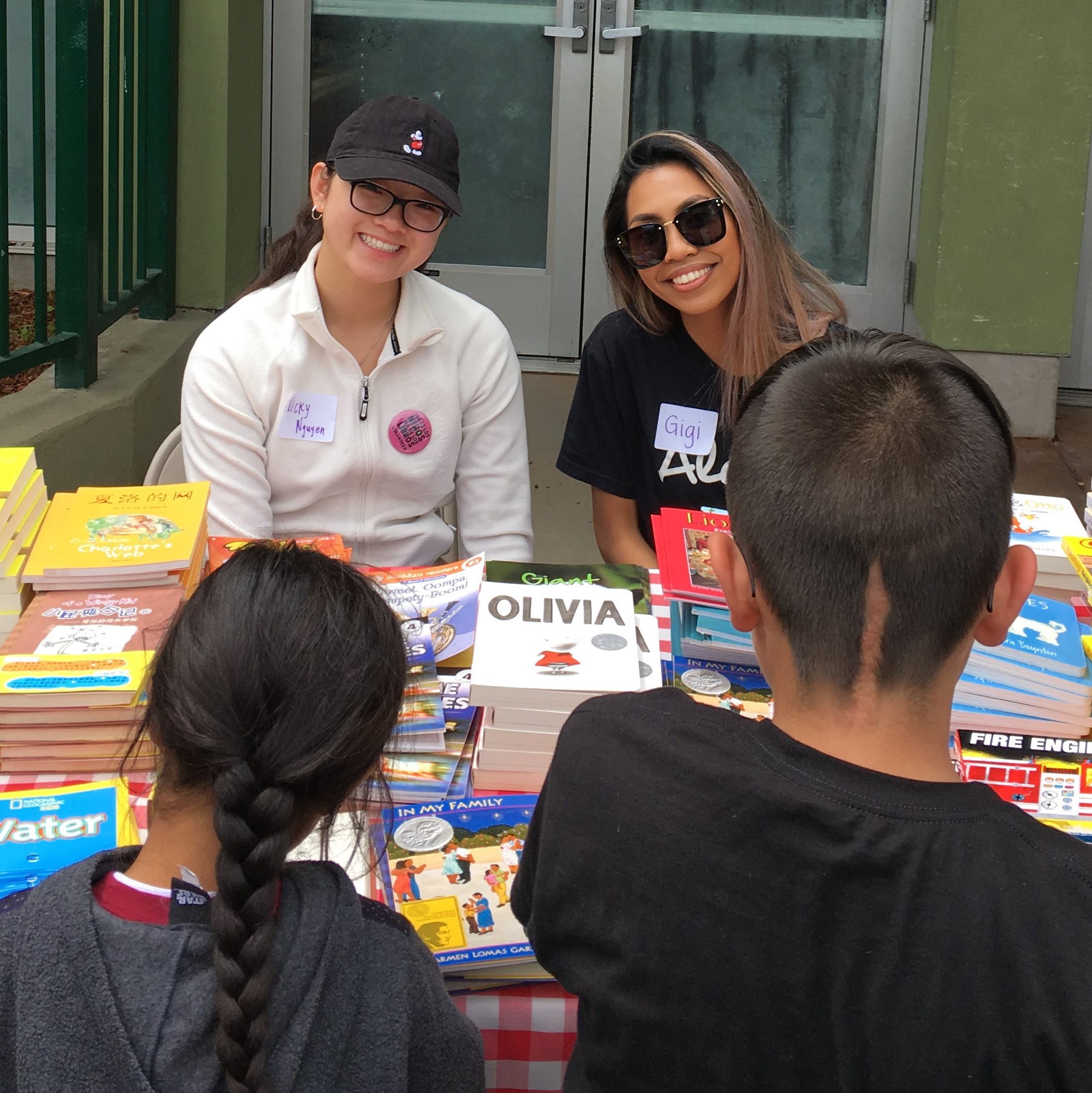 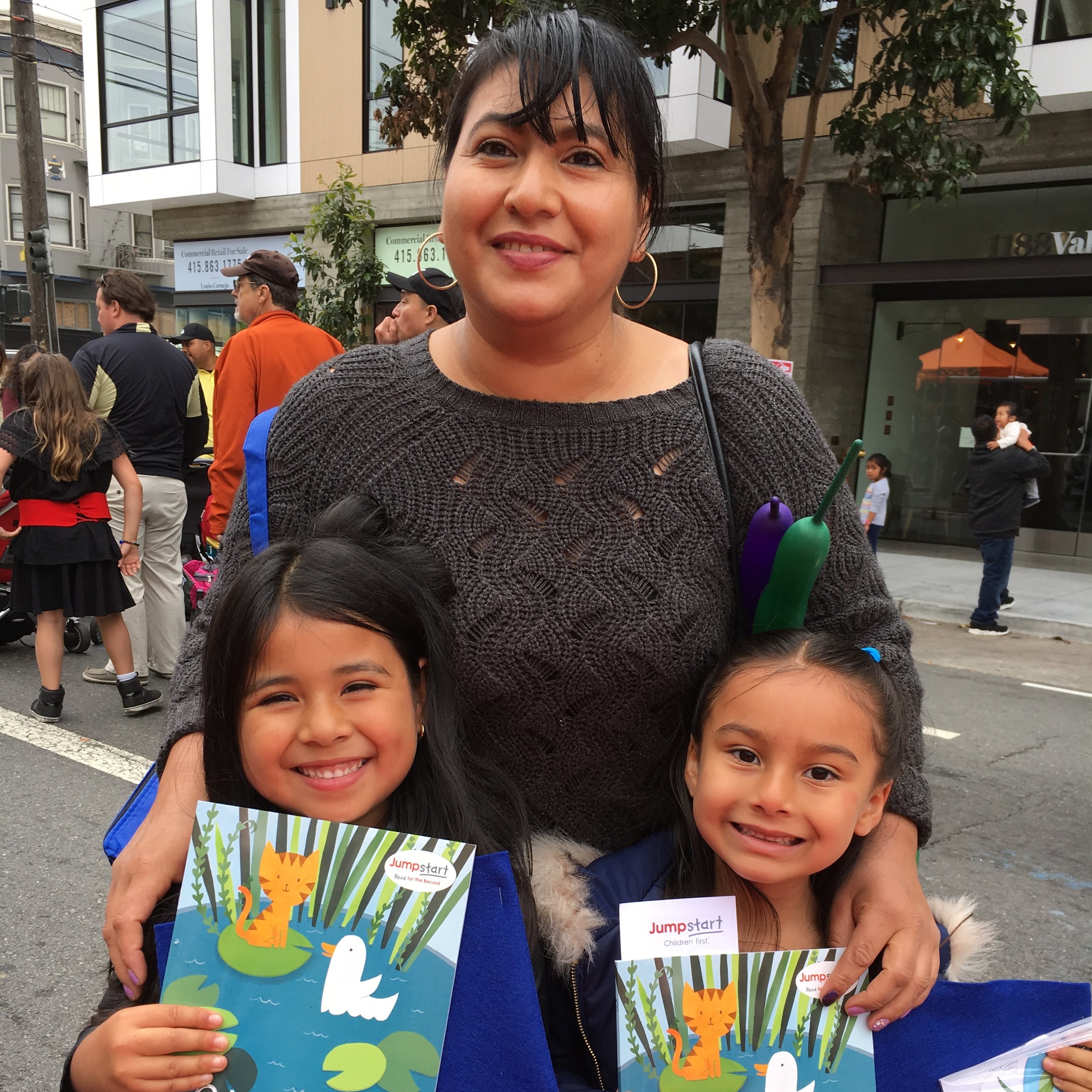