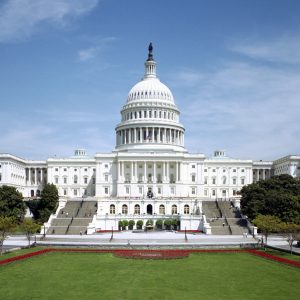 November 15, 2017  — As Congress debates the most significant change to the tax code in decades, Jumpstart’s Policy & Government Relations team has been advocating for policies that work for ALL working families. Last month, Jumpstart released its recommendations for three key reforms that would meaningfully help both AmeriCorps alums and the children our Corps members serve. The recommendations include making the Segal AmeriCorps Education Award tax-free, so that the entirety of the award can be used to pursue a future degree or to pay back existing student loans.

Unfortunately, neither the House bill (that is expected to be voted on this week) nor the Senate bill (that is currently being debated) include this provision. Both the House and Senate bills pose a significant threat to working families because the bills prioritize significant tax cuts for corporations and high-income earners over programs that are crucial lifelines, like Medicaid, Head Start, SNAP, public education, and the Child Care and Development Block Grant.

Jumpstart urges you to call the Congressional switchboard at (202) 224-3121, press “2,” enter your zip code, and ask your Member of Congress to vote “no” on the Tax Cuts and Jobs Act, so that working families don’t pay the price for tax cuts to corporations and high-income earners.

*Note: Please do not participate in this action if you are an active AmeriCorps member, as you are prohibited from participating in advocacy of any kind.

Thank you for joining Jumpstart in advocating for equitable tax policy!