CHICAGO, IL (May 17, 2017) — Jumpstart was thrilled to host Super Bowl champion Martellus Bennet for a Jumpstart session at long-time partner site, Erie Neighborhood House, in Chicago last month. Martellus joined Jumpstart Corps members from DePaul University for the session, and even presented a short play in the puppet theater, much to the delight of the children (and Corps members)!

Martellus was a Literacy Champion at last year’s Read for the Record, and continues to be a supporter of Jumpstart’s work and mission to help all children enter kindergarten prepared to succeed. Jumpstart wishes Martellus good luck with his new team, the Green Bay Packers, this fall! 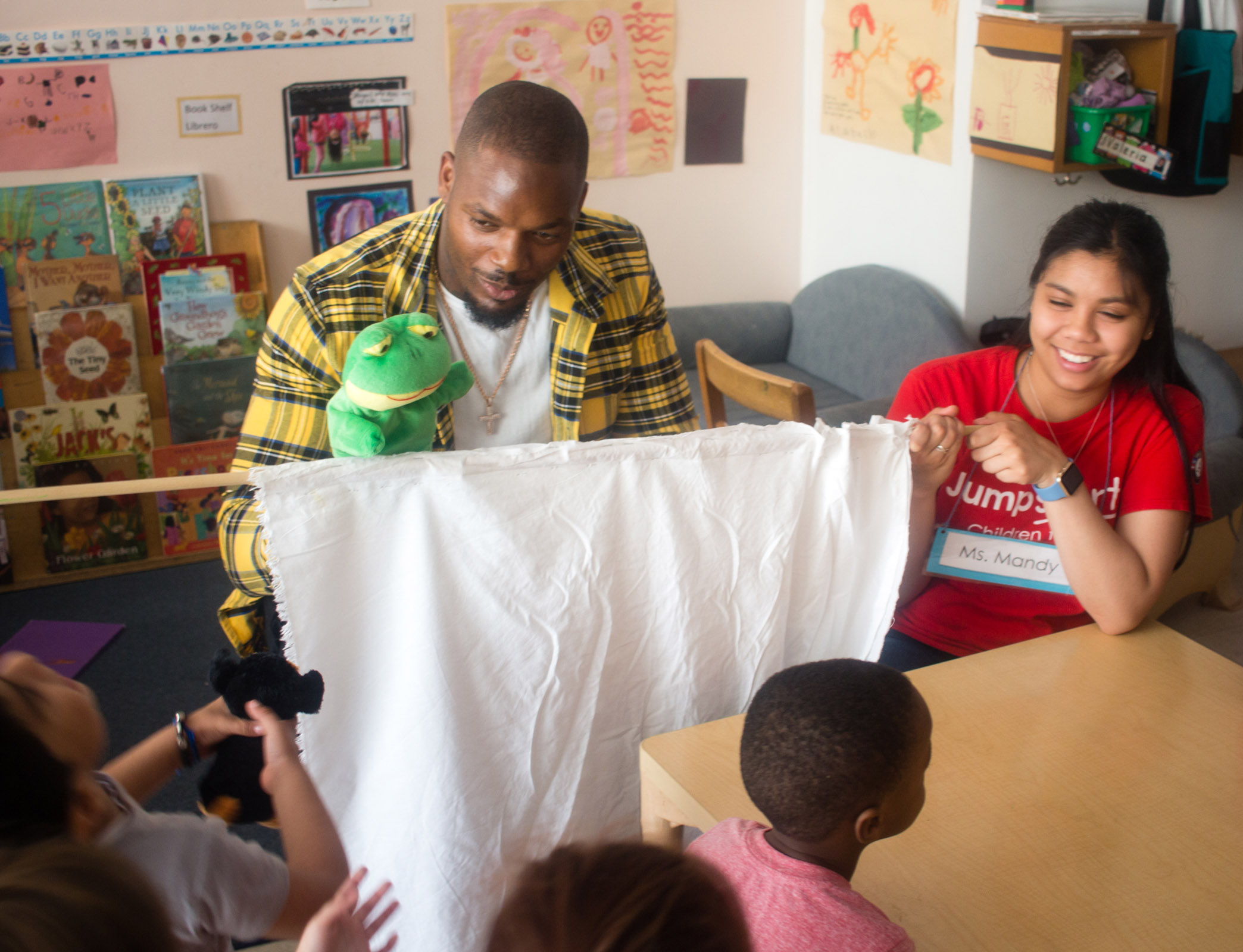 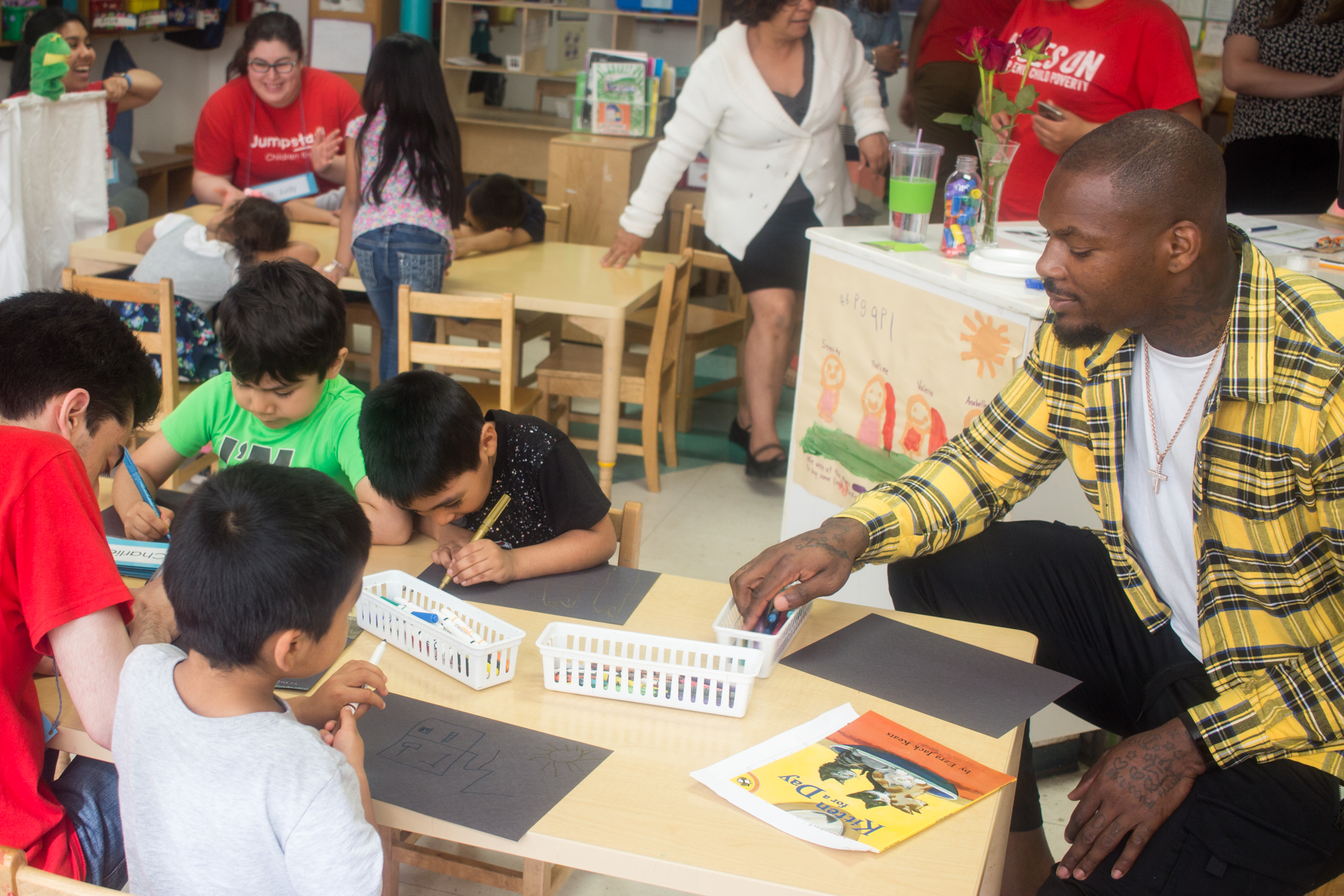 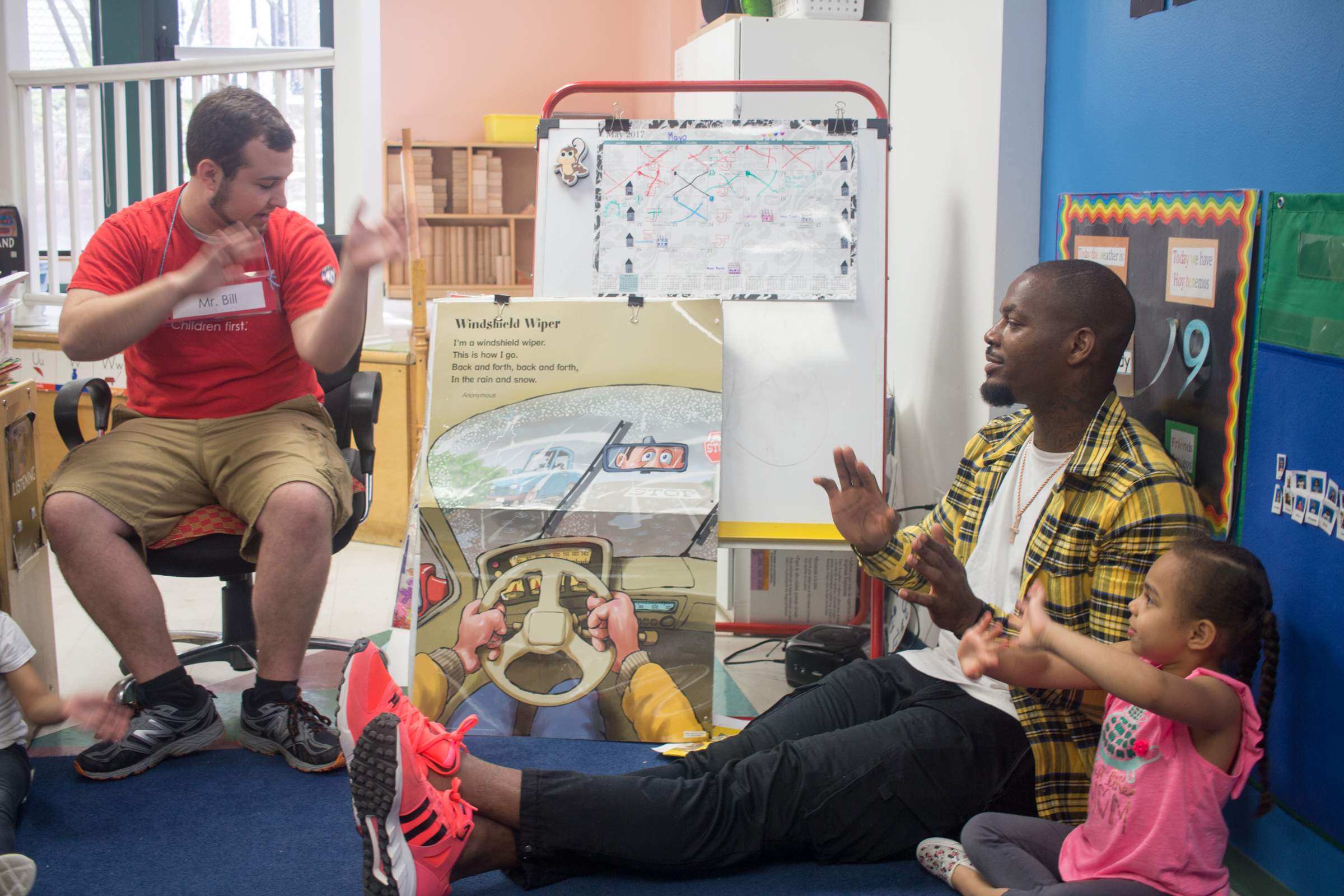 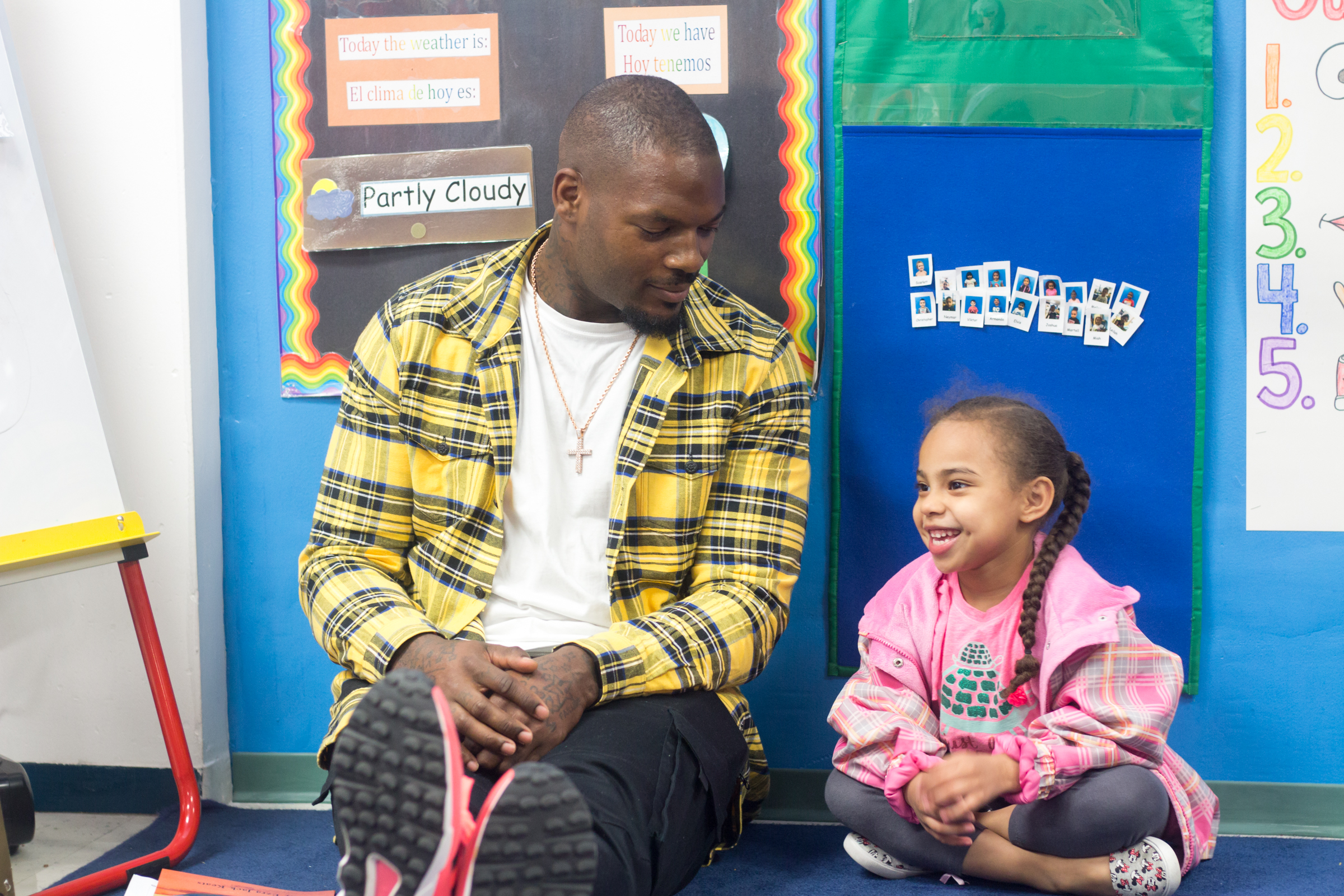 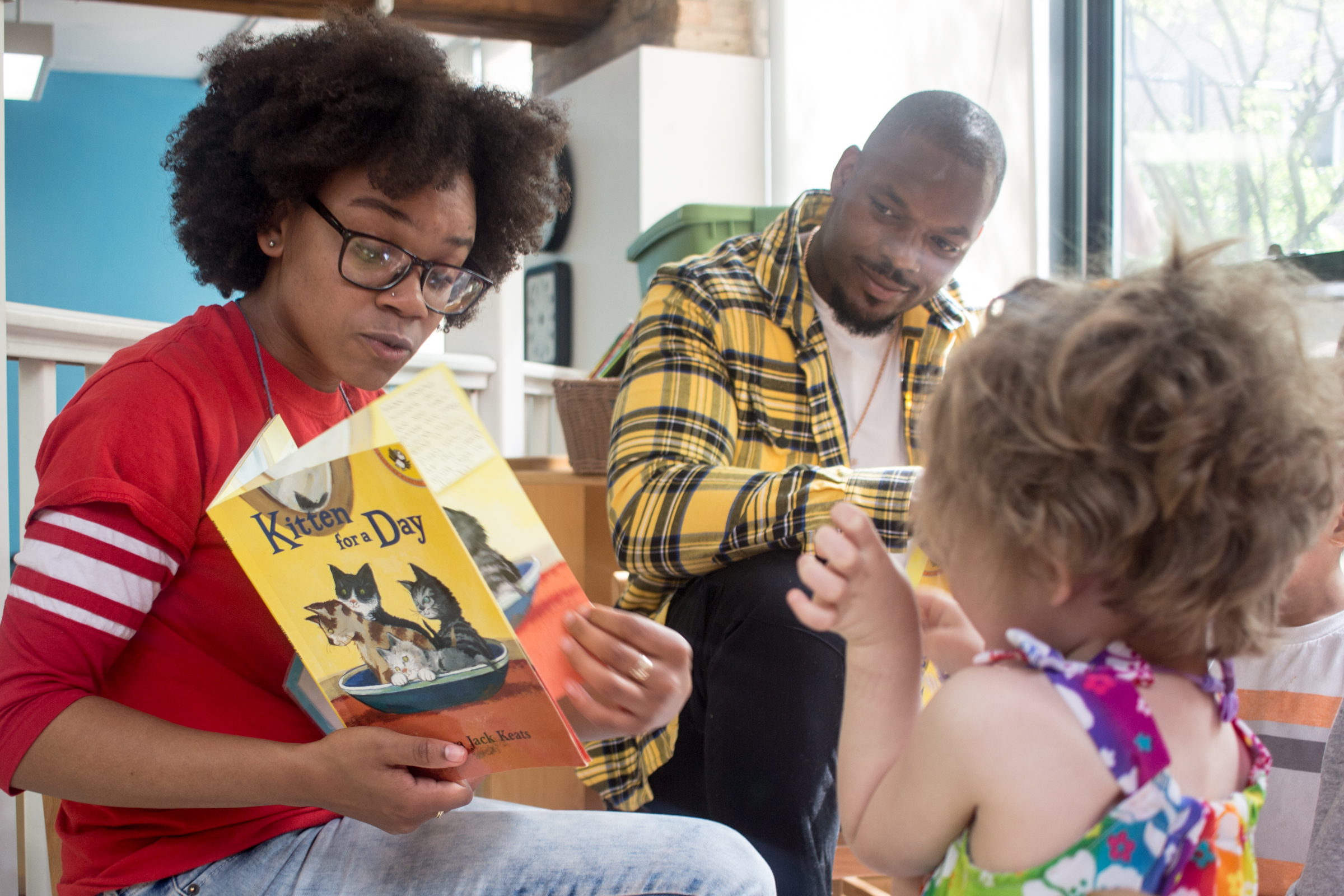 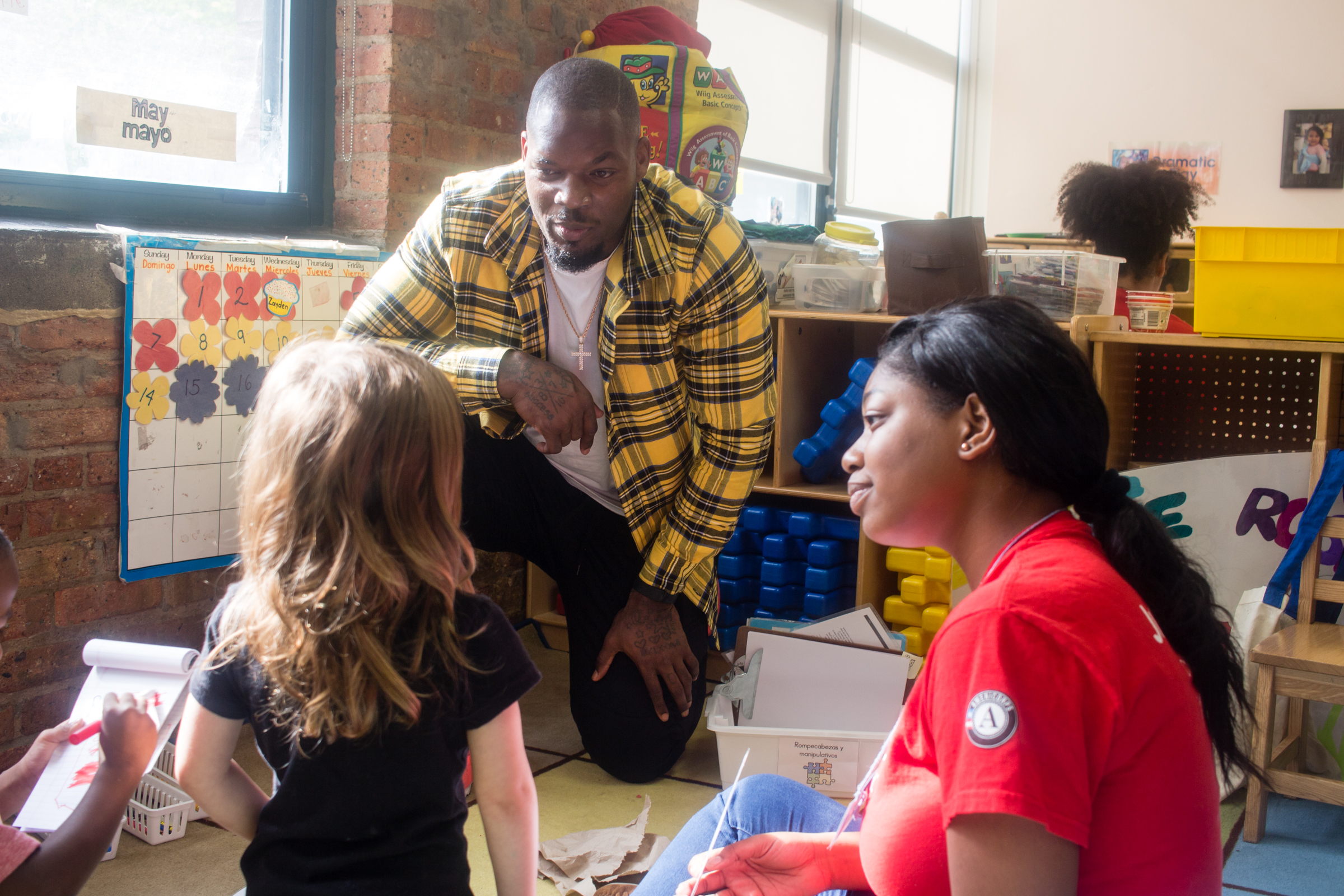