WASHINGTON, DC (May 19, 2017) — In preschool classrooms around DC, Jumpstart Corps members and children recently celebrated the end of another successful year of fun and learning with a special Jumpstart “graduation.” Children in one classroom served by Corps members from Georgetown University each earned special year-end awards, such as “Mostly Likely to be a Ninja Turtle,” “Biggest Imagination,” and “Most Likely to be an Author.”

At a nearby preschool, DC Community Corps members lead a celebration in the auditorium where children walked the graduation processional wearing red Jumpstart graduation caps and sang some of their favorite Jumpstart songs from the year. Here in DC, and in classrooms across the country, Jumpstart is thrilled to celebrate all of the ways that Jumpstart children have grown, explored, and learned with our Corps members this school year!

More Photos from the Celebration 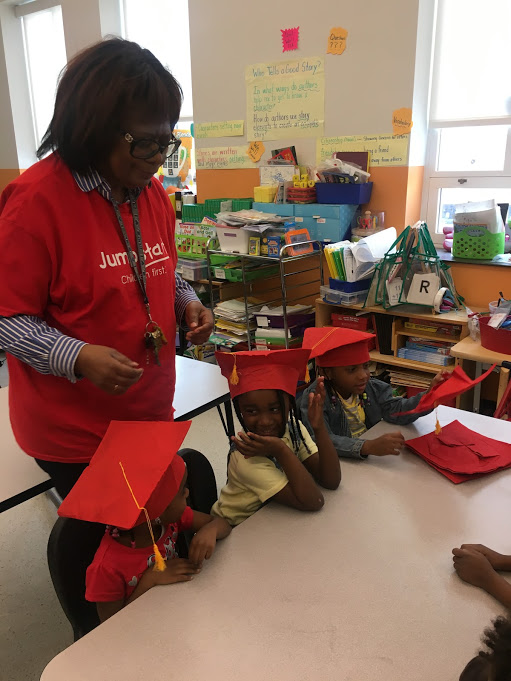 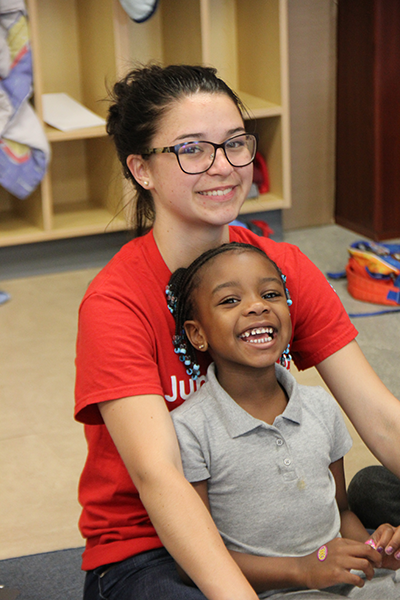 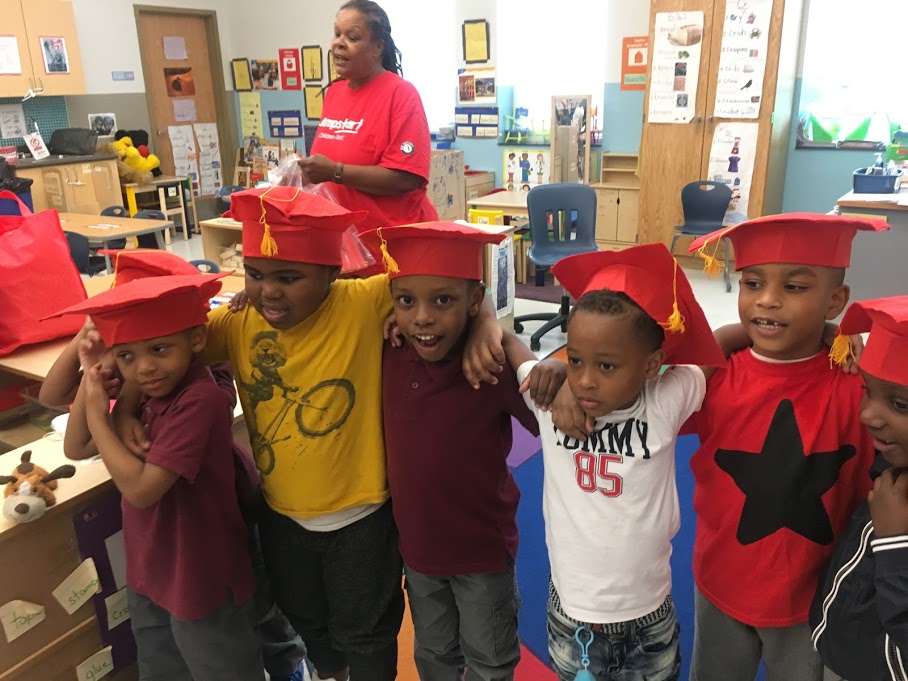 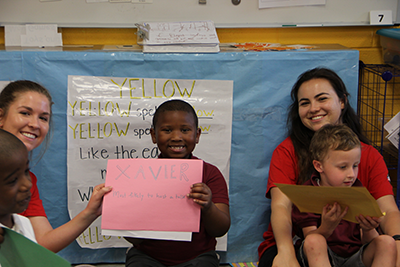