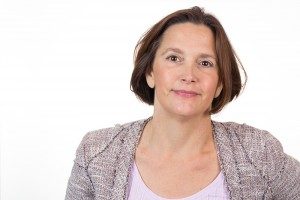 Scribbles to Novels celebrates the power of written word while raising funds to support Jumpstart programming. Our San Francisco Scribbles to Novels gala has an exciting theme this year: the behind-the-vines tales of the Northern California wine industry. We are pleased to feature Frances Dinkelspiel and her book, Tangled Vines: Greed, Murder, Obsession and an Arsonist in the Vineyards of California, at the center of this wine-themed event. For today’s blog, we had the privilege of sitting down with Frances to learn more about how she came to write this intriguing book, and how the power of the written word has influenced her own life.

What inspired you to write to Tangled Vines?

Two things: I learned that [a 2005 warehouse fire in Vallejo, CA] not only destroyed 4.5 million bottles of fine California wine worth $250 million, but also ruined 175 bottles of port made in 1875 in Southern California by my great-great-grandfather. I wanted to explore what was lost, both by the winemakers and my family. What is the value of wine? Why do humans worship it? When I was pondering those questions I got a collect call from Mark Anderson, the man who was charged – and eventually convicted – of arson for the 2005 fire. We struck up a relationship carried out in letters, phone calls, jail visits and court hearings. I realized I could write a book that examined Anderson’s crime, explored why he set the fire, and use the history of the 1875 port to discuss the history of California.

What is your favorite part of the creative process?

I love doing historical research. Put me in a library like UC Berkeley’s Bancroft Library or LA’s Huntington Library and lock the doors. I would be happy never to leave. I also love weaving historical facts into a narrative that people want to read.

Growing up, did you always know you wanted to be a writer?

No. I never thought about being a writer! I was a reader. Books were my best friends and I read wherever I could – in the car, in bed, under the covers with a flashlight when I was supposed to be asleep, at the table when I could get away with it. When I finally decided to write a book after years of being a journalist, I realized I loved stories and storytelling.

Did you have a teacher or other mentor who inspired you to become a journalist?

Not really. I decided to become a journalist when I realized that it was an occupation that would let me talk to people and ask them questions. Being a reporter is a license to be up close to events and people who are changing society. I couldn’t think of anything more fun. I still feel that way after 30 years of reporting.

At Jumpstart, storybooks offer a way to connect with preschoolers, and to build their language and literacy skills, helping prepare them for kindergarten. Did you often read with your daughters when they were growing up?

Yes! My husband I read to our daughters every night. It was one of our favorite rituals. There is something so special and powerful about curling up with your child and sharing the gift of words. Of course, we read to them during the day, too.

What was your favorite book to read with your daughters when they were children?

What was your favorite book when you were growing up?

I loved Laura Ingalls Wilder’s Little House series. I read and reread them. I identified with brown-haired Laura rather than blonde-haired Mary, particularly since she was always getting into a little trouble, like me. I think one reason I am fascinated today with the history of the West harkens back to my enjoyment of those books with their tales of the Ingalls family’s search for a home.

Join us for Scribbles to Novels at Dogpatch WineWorks in San Francisco on April 27 to meet Frances Dinkelspiel and learn more about Tangled Vines. The wine-filled evening features tastes of local wines, a seated dinner, and a chance to learn more about Jumpstart and the work we do serving children and communities in Northern California. Reserve your ticket or table today.