Jumpstart Welcomes Grady Burnett to its National Board of Directors 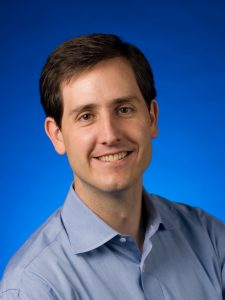 Jumpstart Welcomes Grady Burnett, President and COO of HackerRank, to its National Board of Directors

BOSTON, MA. – MAY, 19, 2016 – Jumpstart, a national early education organization working toward the day every child enters kindergarten prepared to succeed, announced the appointment of Grady Burnett to its national board of directors. Burnett will join a team of business leaders, academics, and early education advocates including Chris Stadler, Chairman of Jumpstart’s national board of directors and Managing Director of CVC Capital Partners, and actress Bridget Moynahan.

Burnett is currently the President & COO at HackerRank, a platform that creates opportunities for programmers and helps companies find talent purely based on coding skills. The company is headquartered in Palo Alto, California. Prior to Burnett’s time at HackerRank, he was the chief operating officer for Flurry, a mobile analytics and advertising platform sold to Yahoo; served as the vice president of global marketing solutions at Facebook, where he oversaw global sales, account management, and customer service; and held key management roles for Google and DoubleClick after playing professional tennis on the ATP Tour.

“Our national board of directors is comprised of individuals from many backgrounds with one thing in common: a desire to prepare children from under-resourced communities with the skills they need to set them on a path for academic and lifelong success,” said Naila Bolus, President and CEO of Jumpstart. “Grady not only brings a wealth of knowledge from a sector of great importance to Jumpstart but has a strong passion for early education and closing the achievement gap.”

“I believe that improving early childhood education and increasing access in under-resourced communities is critical. Too many children today enter kindergarten already behind, having not been read to enough or encouraged to activate their creative spirit and wonder for the world. Jumpstart has a proven track record of turning this around by actively engaging with preschool students and I am tremendously excited and humbled to join the Jumpstart family,” said Burnett.

Burnett serves on the boards for the East Palo Alto Tennis & Tutoring (EPATT), the Phillips Brooks School in Menlo Park, California, and agile marketing provider, Kenshoo, Ltd. He received his MBA from Harvard Business School and completed undergraduate studies at the University of Michigan. Burnett and his wife Amy live with their children in the San Francisco Bay Area.

Jumpstart is a national early education organization working toward the day every child in America enters kindergarten prepared to succeed. We provide language, literacy, and social-emotional programming for preschool children from under-resourced communities and promote quality early learning for all. Since 1993, Jumpstart has trained 40,000 college students and community volunteers to transform the lives of 87,000 preschool children nationwide. Learn more at jstart.org.