On May 12, 2016, over 320 people gathered at the Royal Sonesta in Cambridge for Jumpstart’s Scribbles to Novels gala to celebrate the power of the written word. Thanks to your generosity, Jumpstart raised $663,000 (and counting!), giving us the opportunity to continue to do what we do best – helping to prepare the children who need us most for kindergarten.

Each year, college students like Bethany, this year’s featured speaker, witness Jumpstart’s ability to “ignite change” not only in the lives of the children they serve, but also their own. Bethany reminded us that Jumpstart is a ‘gift.’ A gift to classrooms and teachers, like Colleen Mason, who was featured in our new video, “Kindergarten First,” and credited Jumpstart for the success of every child in her classroom exceeding benchmark. A gift to children like Jose, the young boy Rob Waldron, our honoree, witnessed writing his name for the first time, and who inspired Rob to take the role of Jumpstart CEO years ago.

We hear time and time again that one of the most unique features of Scribbles to Novels is the authors panel, and this year’s conversation proved the point. Andre Dubus III masterfully elicited memories and stories from authors Julia Glass, Kathryn Lasky, Anita Shreve, and Dan Shaughnessy, while still emphasizing the impact early literacy can have on children’s lives – whether that’s learning a creative alternative to “gross” or finding relief to a hot day in Indiana.

We hope that you felt the magic and passion of Jumpstart’s work in the Royal Sonesta ballroom this year and we are already looking forward to next year. On behalf of the 2,100 children and families we serve in Massachusetts and Rhode Island, and the 11,000 children across the country, we thank you. 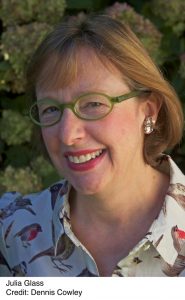 Julia Glass is the author of Three Junes, winner of the 2002 National Book Award for Fiction; The Whole World Over; I See You Everywhere, winner of the 2009 Binghamton University John Gardner Book Award; and The Widower’s Tale. Her essays have been widely anthologized. A recipient of fellowships from the National Endowment for the Arts, the New York Foundation for the Arts, and the Radcliffe Institute for Advanced Study, Glass also teaches fiction writing, most frequently at the Fine Arts Work Center in Provincetown. She lives with her family in Marblehead, Massachusetts. 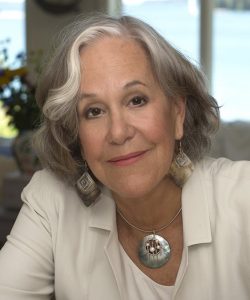 Kathryn Lasky has written more than one hundred books and won many awards, including the Newbery Honor for Sugaring Time, the Boston Globe-Horn Book Award for Weaver’s Gift, and the National Jewish Book Award for both Night Journey and Marven of the Great North Woods. Her Wolves of the Beyond series has been translated into more than six languages. She is best known for the New York Times bestselling Guardians of Ga’Hoole series, which inspired the major motion picture Legend of the Guardians: The Owls of Ga’hoole, recently listed by CineFix as one of the Top Ten Most Beautiful Animated Movies of All Time. Her husband Christopher Knight has photographed eighteen of her books. They have two grown children and live in Cambridge, Massachusetts. Visit her online at kathrynlasky.com. 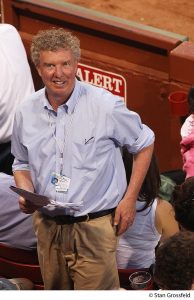 Dan Shaughnessy is an award-winning columnist for the Boston Globe and the author of twelve sports books, including the New York Times bestseller Francona, The Curse of the Bambino, and Senior Year. Shaughnessy has been named Massachusetts Sportswriter of the Year eleven times, and nine times has been voted one of America’s top 10 sports columnists by Associated Press Sports Editors. He is the 2016 winner of the J.G. Taylor Spink Award, honoring meritorious contributions to baseball writing during his career, to be presented at the Baseball Hall of Fame this summer. 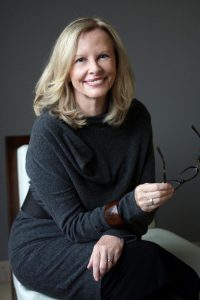 Anita Shreve grew up in Dedham, MA (just outside Boston), attended Tufts University and began writing while working as a high school teacher in Reading, MA. One of her first published stories, “Past the Island, Drifting”, won an O. Henry Prize. Shreve then spent three years working as a journalist in Nairobi, Kenya. She also taught creative writing at Amherst College in the 1990s. The Pilot’s Wife was selected for Oprah’s Book Club in March 1999. She has written 17 novels, several of which have been turned into film, The Pilot’s Wife, The Weight of Water (the book was a finalist for the Orange Prize) and Resistance. She lives in New England. 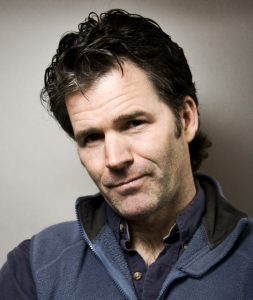 Andre Dubus III is the author of The Cage Keeper and Other Stories, Bluesman, Dirty Love, and the New York Times bestsellers, House of Sand and Fog, The Garden of Last Days, and his memoir, Townie. His work has been included in The Best American Essays and The Best Spiritual Writing anthologies. Mr. Dubus has been awarded a Guggenheim Fellowship, The National Magazine Award for Fiction, two Pushcart Prizes, and an American Academy of Arts and Letters Award in Literature. His books are published in over twenty-five languages and he teaches full-time at the University of Massachusetts Lowell. He lives in Massachusetts with his wife, Fontaine, a modern dancer, and their three children.