Off the Radar, On the Record: Q&A with Cyrus Copeland 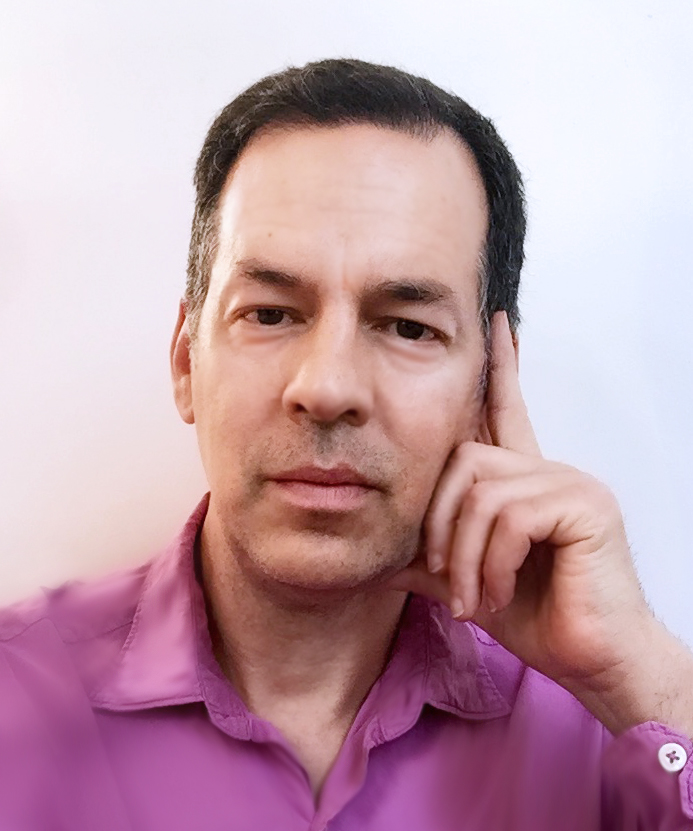 Cyrus Copeland was 16 years old when his American father was accused of being a U.S. spy and imprisoned in Iran. His Iranian mother became the first female lawyer of the Islamic republic, defending her husband in the revolutionary courts. Thirty-five years later, Cyrus shares his side of the story in Off the Radar.

On April 28, 2016, we’re honored to have Cyrus join us for our Scribbles to Novels gala in San Francisco. Click here to learn more, purchase tickets, or make a donation.

Can you talk about your educational experience as a young child?

Happily—and unhappily—my mom was the principal of the elementary school I attended, which meant that I had to be a model student. You didn’t want to get sent to Mrs. Copeland’s office! Before she became principal, I was an unfocused and dream-bound child, but quickly cleaned up my act. I was going to school in Iran at the time, a very modest school with international kids and an American curriculum. I loved it. The other relevant thing that happened was in the fifth grade, when our teacher Mrs. Pascale began reading The Chronicles of Narnia to us. I was so fascinated by C.S. Lewis’ wonderland that I re-wrote The Lion, the Witch and the Wardrobe as a class play and we performed it. It was terrible, of course—I was eleven—but it was the first time I felt the power of story-telling. My mom talks about the power of education to transform lives. I talk about words and stories. I found my calling in fifth grade, I suppose—it just took thirty-five years to realize it.

When you were younger did you ever think you’d become a famous author? Have you always enjoyed reading and writing?

I’ve always loved books—it was what I spent my allowance on as a kid, and reliably got lost in—but I never entertained the possibility of making a life by writing them. Too impoverishing I thought. And I am a creature of comfort. So I became an ad-man, figuring advertising was a creative path into the business world. But after a while, I saw that wasn’t really for me, either. I’d roll into work at 10:00, take a two-hour lunch break during which I often saw a movie, and leave promptly at 5:00. It’s too long a story to recount here, but I found my way into publishing when my dad died. The money isn’t steady and I’m not really famous—but I’m a lot happier. And a lot more faithful about the way life works.

Reading is my favorite past time—I love non-fiction, although occasionally a sprawling Dickensian book like The Goldfinch comes along and reignites my belief in the novel. A book is the last thing I see at night, and the first thing I reach for when I wake—after my cell phone.

What compelled you to share your extremely personal story with the world and what advice would you give to others interested in sharing their own story?

I always knew I had a great story—what happened to us Copelands was so improbable—but I didn’t know quite how to tell the tale. One afternoon I was hanging out with my mom and we discovered a 35-year old file containing a few relics and newspaper articles. It was about an international incident which had never become public. And it centered on my dad. All this time, there’d been a question that hung over our lives: Had my father been a CIA agent? He’s long dead, but that afternoon, I decided I was going to find out for myself. That journey eventually became my book, Off the Radar. And I realized how to tell the tale—it wasn’t just my story, rather the sum of our perspectives. My father’s as an American in revolutionary Iran. My mother’s as an Iranian forced to defend her husband in court. And me, as a bicultural child at the nexus of one of the most iconic disruptions of our times, trying to hold the contradictions of identity. Thirty-five years later, I’m still trying to do that. Here’s my two cents: Follow your curiosities and your fears. These are your guides into something fascinating and soulful—guaranteed.

In Jumpstart’s writing center we encourage kids to write their own stories, often through drawings, in a blank white book. Do you ever find blank pages intimidating?

Blank pages—they’re a good gauge of what is going on in your life, aren’t they? If you’re feeling full, a blank page fills up quickly. Feeling depleted and a blank page taunts you. Here’s how I deal with writer’s block: I go out into the world and fill up again, live life, cultivate a playful relationship with it. Play! I spent last winter at an orphanage in Sri Lanka and there was one kid who caught my eye. Anooshka is a budding artist who took pride in her colorful creations. She’s six. Her mom had left her at the orphanage because she didn’t have the means to take care of her, but every day Anooshka pulled out an assortment of crayons, colorful papers, glue, whatever tools she could find, and went to work. Her art was vibrant and hopeful and a real reflection of her spirit. When she got word that her mother was going to come get her, she was so psyched. But her mom didn’t show up. And the next day she was back at the table making magic. This kid—I watched her for the longest time, astonished that she was carrying on with such a sense of dedication and exuberance. No tears. Her art carried her over the disappointments of life and will probably continue to do so. To her, a blank page wasn’t just an invitation to play—it was a canvas on which life was lived and transformed. If I could marshal a fraction of the dedication she brings to her pages, I’d be happy.