Not Norman: The ‘O-fish-al’ Story

I’ve had many other stories published, both fiction and non-fiction, some for adults but mostly for children, including Vampire Baby, Dad and Pop, One Day I Went Rambling, Your Mommy Was Just Like You, Your Daddy was Just Like You, and Dance, Y’all, Dance. I must admit, Not Norman is my favorite, because I love fish! (Not to eat…to watch!) 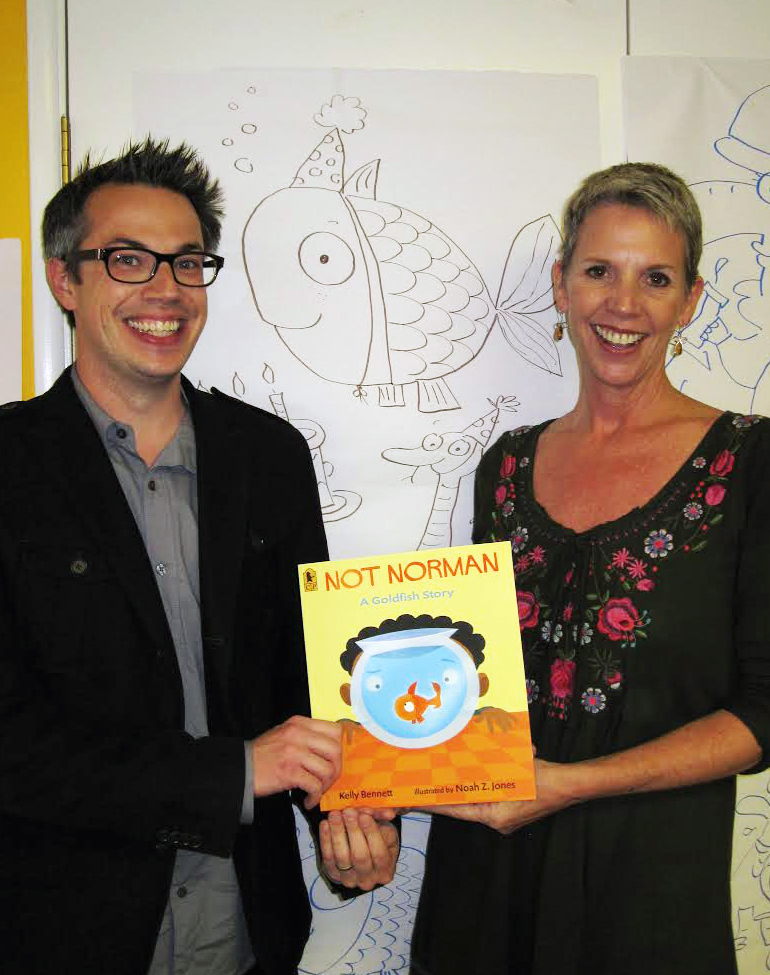 I won my very first fish at a school carnival. I recall slowly carrying it home in a little plastic bag to show my brother and mother. Years later, when I was a mom and already writing stories, we moved to Texas. Living in a new place, with my family away at work and school all day, I was sort of lonely. So, I bought myself a goldfish and named him Norman. Just looking at Norman made me happy. Later, my son Max dug a fishpond in our backyard and we added more fish to our family. When we moved, Norman and our other fish stayed behind in their fishpond. I was sad, but not worried as the best fish feeders in the whole world, Lauren, Allison and Amanda, promised to care for them. Since then, I’ve moved several more times and have had other goldfish named Norman.

Believe it or not, the idea for Not Norman didn’t come from my goldfish. It came from my daughter’s cat, Sam! On days when my daughter Lexi was at school, Sam would nap on my lap while I clicked away on my computer. Sometimes, as in this photo, he’d climb up on the monitor and check out whatever I was writing. (Maybe Sam aspired to be a writer, too…) One day, I looked at Sam and started thinking about how we come to have pets. How sometimes we pick our own pets, but other times we are given pets. And then I started playing my story starter game: What if?

“What if?” I asked myself. What if there was a boy who wanted a pet more than anything in the whole world? What if one special day the boy finally gets a pet, but . . . What if it isn’t the kind of pet he wanted at all? What would happen then? 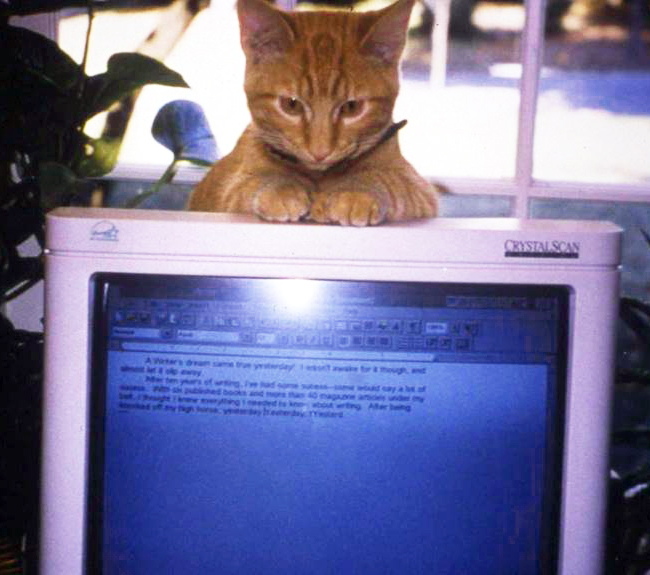 It should come as no surprise that the pet that boy receives is a goldfish named Norman! To find out what happens next, you’ll need to read the story. And that’s where Jumpstart comes in and why it’s so important. Jumpstart is committed to helping children learn to read and succeed in kindergarten and beyond.

On October 22nd I hope you’ll join Jumpstart and me and millions of children and adults in giving Not Norman and Read for the Record the best 10th birthday present ever!

For more about Kelly Bennett and Norman the goldfish check out her blog “Kelly’s Fishbowl”.