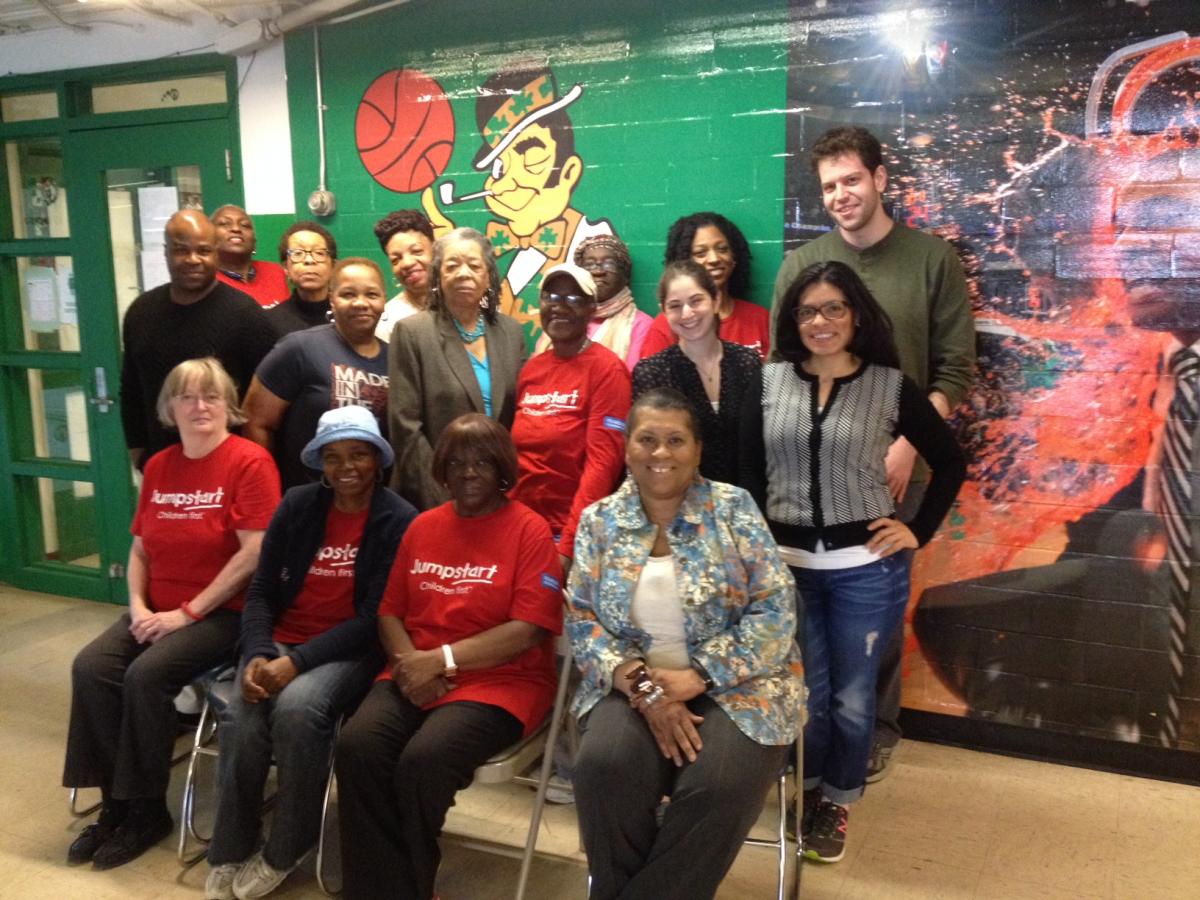 Take for instance, Movelle Lamming, a retired nurse. In 1991, Movelle was on the board of directors for the Mattapan Service Center when they elected to bring Head Start to Mattapan. Now Movelle is in her second year serving as a Jumpstart volunteer at the ABCD (Action for Boston Community Development) Mattapan Head Start that she helped create.

Community Corps members’ determination and commitment to solving issues in their communities is personal and they return to Jumpstart year after year to continue to create long-term impact.

Another Community Corps member, Sheila Jones, is in her seventh year as a team leader for Jumpstart. She leads two teams, including the team on which Movelle serves. Sheila has her own personal ties to ABCD Mattapan Head Start; the building is named after her father, Milton Jones, who was instrumental in converting it to the child care center it is now. Furthermore, Sheila’s uncle, Robert Coard, served as the CEO of ABCD for 45 years.

Through stories big and small, Community Corps members’ connection to Boston runs deep and strong. Their lives are rooted in the neighborhoods where they serve and they know too wellthe disparities that exist there. Community Corps members’ determination and commitment to solving issues in their communities is personal and they return to Jumpstart year after year to continue to create long-term impact.

This week we celebrate Senior Corps Week and those who dedicate their lives to serving others. Thank you to our amazing Community Corps members who have helped shaped our program since its inception 11 years ago.