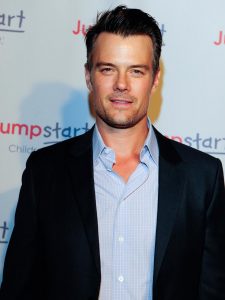 BOSTON, MA (JUNE 11, 2014) – Jumpstart, a national early education non-profit organization, today announced TV and film actor Josh Duhamel as the official celebrity ambassador for Jumpstart’s Read for the Record 2014 campaign. Duhamel will help shine a spotlight on the importance of early education and Jumpstart’s unique approach to closing the achievement gap before it’s too late.

“As a new dad, I’m proud to be part of a campaign that advocates early education for all children. The best part of our day is story time with Axl,” said Duhamel.

Jumpstart’s premiere national campaign, Read for the Record, mobilizes millions of children and adults to celebrate literacy in an effort to break the world record for the most people reading the same book on the same day. On October 21, 2014, people across the country will unite in big cities, small towns, and everywhere in between to read the children’s book Bunny Cakes, by bestselling author and illustrator, Rosemary Wells.

“We are absolutely thrilled to have Josh as Jumpstart’s Read for the Record 2014 celebrity ambassador. His commitment and passion to serve those who need our help most is incredibly inspiring and we are honored to have him on board for this year’s campaign,” said Naila Bolus, president and CEO of Jumpstart. “There is an early education crisis in this country right now, particularly for children in low-income communities, and we won’t stand by and watch children be left behind.”

In 2013 more than 2.4 million people participated in Jumpstart’s Read for the Record. Since 2006 the campaign has engaged 11.5 million children and raised more than $8.6 million for early education programs.

For more information about how you can make a donation to support Jumpstart’s work across the country, or to get involved in Jumpstart’s Read for the Record campaign, visit jstart.org/readfortherecord.

Jumpstart is a national early education organization working toward the day every child in America enters kindergarten prepared to succeed. Jumpstart delivers a research based and cost-effective program by training college students and community volunteers to serve preschool-age children in low-income neighborhoods. By participating in Jumpstart’s year-long program, children develop the language and literacy skills they need to be ready for school, setting them on a path for lifelong success. To learn more, visit jstart.org.