Where Are They Now? Meet Mary

In celebration of Jumpstart’s 20th anniversary, throughout the year, we will feature Jumpstart champions, including Corps members, board members and staff who have supported Jumpstart since the beginning.

Jumpstart’s Manager of Alumni Relations, Kelly Melcher, recently sat down with Mary McKillip, who served as a Jumpstart Corps member in Boston from 1998 – 2000. Now a Jumpstart alumna and Assistant Research Scientist on the Evaluation and Research Team at the College Board, Mary shares her story about finding a way to support educational issues beyond the classroom. 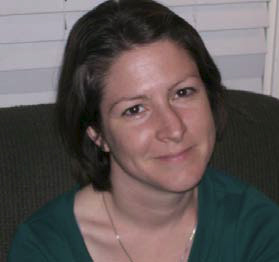 Mary served with Jumpstart in our early years, when session plans were designed by Corps members, volunteers committed to completing 900 hours of service and the whole summer cohort lived together in a brownstone on Commonwealth Avenue in Boston, Massachusetts. Although Jumpstart’s program has evolved over the years, my conversation with Mary demonstrates that our positive impact on Corps members remains the same.

What motivated you to join Jumpstart as an undergrad student?

After spending my junior year abroad in Spain, I was seeking a Federal Work Study position that would enable me to hone my Spanish language skills. I found Jumpstart and I didn’t realize what an amazing experience it would be. Serving in Boston preschools, where there is such cultural diversity, was an incredible experience. It allowed me to get off campus and visit communities I wasn’t familiar with.

Did you have an eye on becoming a teacher when you joined Jumpstart?

I definitely thought about it, I really enjoyed working at the preschool level. Honestly, I probably would have pursued a career in early education, if preschool teachers were paid more. It’s unfortunate that so many people view preschool teachers as simply a source of childcare. What they don’t realize is that early education is essential –learning needs to happen in the early years to give kids a leg up when they start kindergarten.

In my second year with Jumpstart, I enrolled in a teacher certification program at Harvard so I could become a high school teacher. After I was certified, I went to teach in Bogota, Colombia for a year where I discovered that I was not a very good high school teacher. I had a lot of trouble with classroom management, which was unexpected because I had such a supported student-teacher experience in Cambridge, MA. I ended the year frustrated and exhausted, so decided to leave the classroom for a while.

That must have been a difficult realization, where did you go from there?

I knew I wanted to stay involved with education, but I didn’t want to teach, so I was trying to figure out what to do. I found a preschool research study through the National Center for Early Development and Learning and became a data collector, travelling to preschools and kindergartens throughout Illinois. My Jumpstart experience was essential in helping me get that type of position. In that role, I observed classrooms and took notes on everything that went on. We measured the culture of the classroom, how teachers interacted with the students – all sorts of things. Having so much prior experience in preschool classrooms with Jumpstart helped me to be successful in that position.

This is when I realized there’s this whole world of research, where you can be involved with education and ideally have an effect on policies that are aimed at helping teachers and schools better prepare students – all without being a teacher. Initially, I had no idea this whole world of research existed. It’s been such a blessing for me, because it utilizes a lot of my strengths, whereas I wasn’t so equipped as a high school teacher.

Can you share some of the most interesting things you observed as a data collector?

I was fascinated by the contrast of the different preschools and kindergartens I visited. It became clear to me that it wasn’t so much about good or bad teachers. There were certainly some amazing teachers and some who had opportunities for improvement, but there was also such an enormous difference in the resources available and what teachers had at their disposal in different schools. Much of it was based on social class lines or race lines, especially in Chicago where there’s a lot of segregation. This is what spurred me to pursue my PhD in sociology; I was seeing the bigger picture of public schools in the U.S and was driven to try to understand and address the stark contrasts in the educational experiences of the students I visited.

You currently work as an Assistant Research Scientist at the College Board in Newtown, PA – what do you focus on in your current role?

A lot of what I do is very quantitative [see here for example], but I have also had the opportunity to do some qualitative work and visit schools as well [here]. I mostly explore the transition of students from high school to college, and try to identify school characteristics and policies that help students to access and succeed in college. The College Board is known for assessments like the AP program and the SAT test. When students take these tests, we collect their demographic information. We have a lot of information about students at our disposal, enabling us to see what is happening with students in high school and beyond – are they going to college? Are they graduating? Given my sociology background, I am most interested in finding ways to help traditionally underrepresented and lower income students enroll and graduate from college.

How do you see your work affecting change in the field of education?

My experiences with Jumpstart and the preschool research study, as well as my own humbling experiences in the classroom, have given me this amazing respect for teachers and what they’re doing in schools. Society often blames teachers for what’s going on in the classrooms – why aren’t students learning? Why aren’t teachers doing a better job educating them? While I’m not arguing that teachers aren’t a critical component, I feel that we are missing the other pieces to the puzzle.

There are so many contexts around what’s going on with students and what’s going on in schools. I try to keep an eye on the bigger picture of what’s going on. I ultimately hope that my work can do something to help students without me actually being the hands on teacher in the classroom. So that’s my purpose at my job: I want to use research as a tool to help us better understand and identify the contextual factors that make it hard for students to learn and make progress in school. More importantly, I want to find ways we can help to improve the situation for students and teachers.