Emily Olson is a Jumpstart alumna who served for three years with Jumpstart at Boston College. Currently Emily is an AmeriCorps VISTA working to engage former Corps members like herself through our growing Alumni Network. 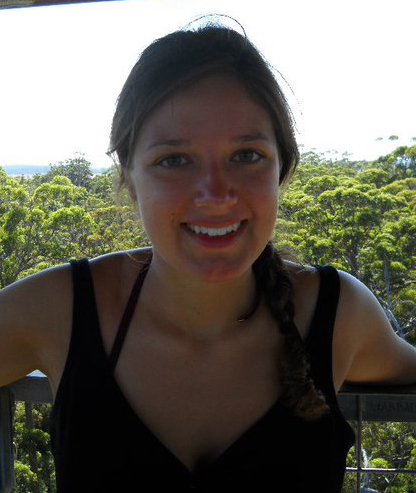 Like most people, I have been told “no” many times in my life. Simple things like “No, Emily, you cannot eat five cookies before dinner.” Or “No, Emily, we don’t paint Barbie’s hair blue.” These kinds of “no’s” are common in the course of life, but I never imagined that I would repeatedly be admonished for something that I really, passionately wanted to do.

As a bright-eyed third grader, I proudly announced to my grandmother that my life-long dream was to become a teacher. “No,” she declared to my shining eyes, “you don’t want to do that. You’ll never make a living as a teacher.”

When I told my mother I was going to join AmeriCorps as a Jumpstart Corps member volunteering with preschool children, she exclaimed with disbelief, “Nooooo, you working with kids? There’s no way you would ever have the patience.”

My aunt scoffed after hearing I wanted to work as an AmeriCorps VISTA at a non-profit after graduation. “No!” she insisted. “Don’t work at a nonprofit, there’s no money in that.”

Despite all of these critiques, all of the heartbreaking “no’s”, I still find myself drawn to education, inspired by children, and upholding the need to serve others. And I can tell you with absolute certainty that my convictions would not have adhered as strongly as they do now without the influence of Jumpstart.

After a volatile freshman year trying my hand at different “talents”, I decided to join Jumpstart, and here I finally discovered my place in the Boston College community. Despite the fact that my team traveled over an hour and a half by subway to get to our preschool, had very little previous experience, and struggled to support a fervid group of two-, three-, and four-year-olds, I was enamored.

And just like that, the year was over. During my junior year studying abroad I found myself really missing the encouragement of a team, the adoring eyes of those preschoolers, and the joy of watching them flourish into capable learners. It was then that I made a crucial choice. From halfway around the world, I knew that I needed to make Jumpstart a lasting part of my life.

So, a mere 12 hours after my trip back from Australia, I started my summer serving with AmeriCorps as a Jumpstart Corps member. Despite being exceedingly jet lagged and lost in a whirlwind haze of returning culture shock and confusion, I couldn’t have been happier.

That summer I also happened to fall in love – with a four year old named Raffy. Raffy was still young, and although he looked up to the older children in the classroom, he was often teased for taking longer naps and sometimes being a little grumpy in the mornings. Raffy didn’t have much of an interest in reading. It was usually a painful process attempting to get him to sit through an entire book, but eventually I coaxed him into listening to a few Jumpstart stories.

When I could take absolutely no more of Jonathan and the kittens, I told Raffy that I couldn’t possibly read this story for a fifth time. “Can we please just pick another book?”

Raffy then did something unexpected – he grabbed One Dark Night from my hands and declared that he was going to read the book to me.

And he did – almost exactly as I had read it. He even whispered like I whispered, and he explained how we could tell the storm was close by counting the seconds between the lightning and thunder. I sat next to him with my mouth agape in disbelief.

From then on, Raffy was never hesitant about sitting down to read a book, and after he had listened to me read it, numerous times, he even started “reading” to the other children in the classroom. I would find myself sitting off to the side while a circle of preschoolers crowded around Raffy to hear him tell them what was going to happen next.

He may not really know all the words right now, but that’s not the important part. I am certain that it’s Raffy’s new interest in reading and his role as a leader in the classroom that will help him become a thriving student – all because of Jumpstart. I can say that I have truly witnessed how Jumpstart gives children like Raffy an opportunity to learn and a chance at a successful future.

My Jumpstart story has only continued to expand. There is so much I want to share about my service and its influence on both the children we serve and the young adults, like me, who help facilitate such immense change.

As a current AmeriCorps VISTA working to foster a community of service and early education champions among Jumpstart alumni, I continue to witness the educational and community development happening because of this program. And I can see now more than ever that those “no’s” in my past mean absolutely nothing. I owe Jumpstart so many thanks for helping me overcome those “no’s.” Through this organization, I now realize the possibilities for personal change, community growth, and educational revolution can always be answered with a resounding “yes.”