Where Are They Now: Meet Megan

In celebration of Jumpstart’s 20th anniversary, throughout the year, we will feature Jumpstart champions, including Corps members, board members and staff who have supported Jumpstart since the beginning.

We recently had the opportunity to connect with Megan Welsh, a Jumpstart Corps member from the University of Rochester from 2005-2006. Now a Jumpstart alumna, Megan shares her story about the classic “Jumpstart Ripple Effect.” 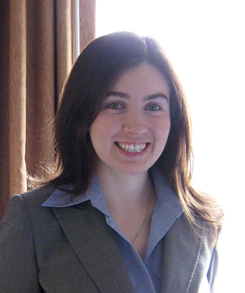 Being a Jumpstart Corps member really inspired my course of action after college. Immediately after my service with Jumpstart, I was hired as an Assistant Teacher in Troy, NY. My former grade school was in a more affluent community, and I wanted to do more—something that would help communities in need.

I still remember my first day teaching. I came in so positive – I was so happy to be there. I was starting this new job with these awesome kids and I actually came home crying because it was so intense. But it was a blessing in disguise. I knew these were the kids I was meant to be with and I knew I could really apply the skills I learned in Jumpstart—the problem solving and social-emotional connections with kids—to my students who really needed that positive reinforcement and interaction.

I really value the experience that I had at Jumpstart. I think back on the connection I made with my partner child – that changed everything for me. I didn’t know what I was going to do after college. No idea. But the fact that I was able to make a connection with my partner child, to bring meaning to her life in however little way that I did, that was very important. It’s something I wanted to do elsewhere. I still want to have an impact.

Now, I’m working at the State University of New York at Delhi, an institute of higher education. I’m now experiencing the other end of the education spectrum. I’m a reference and instruction librarian, which means I help students with research questions and assignments they have. I also go into classrooms and demonstrate how to use the library resources. My favorite people to teach are the education students on campus. If I can inspire them to research and to find good sources for professional development, it will impact the kids that they serve too. It’s all about the ripple effect.